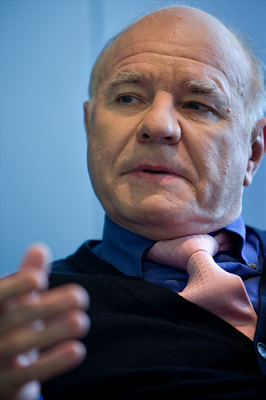 from ArabianMoney.net: If Marc Faber had to choose one asset class for the next 10 years it woud be gold. Cash and US treasuries would be be his least preferred decennial investment. US equities would be a reasonable choice for wealth protection, though not necessarily grow much when adjusted for inflation.

This was the broad message that the author of The Gloom, Boom and Doom Report delivered to a CPA Association meeting last night in Abu Dhabi, home of the world’s biggest sovereign wealth fund the Abu Dhabi Investment Authority.....read on
Posted by Unknown at 6:06 PM No comments: 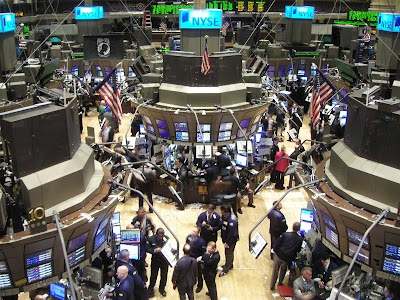 By Jeff Clark: Years ago, computerized trading helped eliminate inefficiencies in the market. For example, when the S&P futures contract would trade at too large a premium to the cash index, computers were programmed to buy S&P 500 stocks and sell futures contracts. These buy programs brought the premium back into line.

Likewise, when stock futures traded at too large a discount, computers would buy the futures contracts and sell S&P 500 stocks. The excessive discount would disappear, efficiency returned to the market, and Wall Street firms utilizing the strategy earned a nice profit.

It was a win-win situation.

Today, however, computers are being used to manipulate stock prices. And they're stealing your money in the process. The strategy is called high-frequency trading (HFT), and here's how it works....read on
Posted by Unknown at 2:16 PM No comments:

by thedailybell.com: Just as Iran feels the bite of the new sanctions, Ahmadinejad's policy to phase out subsidies on staples such as fuel and food will be implemented in September. Together, these could have a significant economic impact, which could make Ahmadinejad more willing to return to talk. But after more than a year and a half in office, the Obama administration has had little effect in curbing Iran's nuclear ambitions, and there are questions about whether a fresh round of talks with Iran would offer anything but a stalling tactic for Iran as its nuclear program develops. If the international community is unable to stop Iran from going nuclear, the United States and its allies will be in for some tough choices before long. The United States and, more importantly, Israel have said they would be unable to live with a nuclear Iran. As that situation inevitability approaches, the military option looms. And that's a discussion Obama would probably like to avoid if he runs for re-election in 2012.....read on 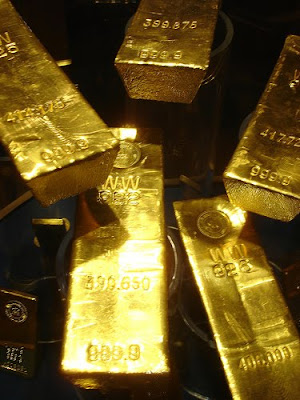 By Peter Schiff: As gold hovers near $1,200 an ounce and pundits speculate about a 'gold bubble', it's important for investors to remember that a mere decade ago the picture was very different. In the year 2000, gold sat at an unimpressive annual average of $279 an ounce - a two-decade low. At that time, most analysts thought gold was finished as a monetary metal. They said its price would never recover and only kooks with tin hats would invest in it. I was one of the very few financial commentators publicly saying that gold was not only viable, but entering a long-term uptrend.

With the benefit of hindsight, we can all see that the consensus was wrong. Gold has performed remarkably against the Dow, NASDAQ, and US real estate. The reason I was able to confidently forecast this result is because I ignore the 'certainties' determined by Wall Street consensus, and instead study the fundamental trends....read on 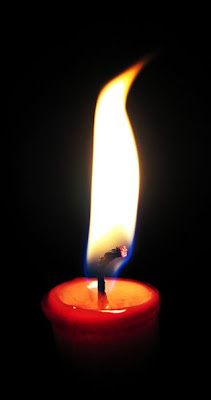 By Glenn Greenwald: As we enter our ninth year of the War in Afghanistan with an escalated force, and continue to occupy Iraq indefinitely, and feed an endlessly growing Surveillance State, reports are emerging of the Deficit Commission hard at work planning how to cut Social Security, Medicare, and now even to freeze military pay. But a new New York Times article today illustrates as vividly as anything else what a collapsing empire looks like, as it profiles just a few of the budget cuts which cities around the country are being forced to make.....read on
Posted by Unknown at 7:37 AM No comments: