Inspired (and disgusted) by the treatment of RT journalist Adam Kokesh by US police earlier this week (see here & here), who prevented him from pursuing happiness plus denying him the right to dance badly. This week's chillout calls on all of us to fight for our rights....... 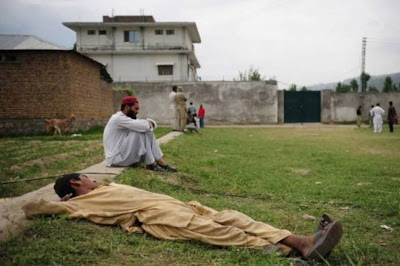 It was all a ruse, Ejaz Ahmad sniffed. Osama bin Laden never lived in Abbottabad.

To Ahmad, the secret night raid by U.S. commandos, the staccato bursts of gunfire, the crash of the stealth helicopter and the reported killing of the Al Qaeda leader in a whitewashed compound just down the road were pure theater. The Americans made it all up to convince the world that terrorism exists everywhere in Pakistan.

"Then they'll come in and take control of our nuclear weapons," the 20-year-old college student said as he walked along a dirt path near the compound......read on
Posted by Unknown at 9:14 PM No comments:

Very spooky, the look at the similarities between Disney's Cinderella and the recent Royal Wedding, even down to the hair colours and ugly relatives. From Jordan Maxwell:
www.jordanmaxwell.com
Posted by Unknown at 8:57 PM No comments: 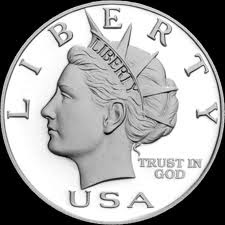 From the New York Sun:

Of all the constitutional questions working their way up through the federal courts — and there are some big ones — the case that has our attention at the moment is the motion by Bernard Von NotHaus to have set aside his conviction of counterfeiting coins. It is true that the Obamacare lawsuits are raising a profound question, whether the government has the power to punish an American for not engaging in commerce by failing to purchase health insurance. It is true that the litigation over Arizona’s immigration law tests whether states can deal directly with illegal immigration. But it is hard to think of a more basic question than that being raised by Von NotHaus in respect of whether the government has the power to outlaw private coinage of money.

The issue was raised by Von NotHaus’ conviction in March of two counts related to his issuing of silver medallions called Liberty Dollars. There were no complaints from the persons who bought Liberty Dollars or took them in exchange for goods. The fact is that Liberty Dollars have held their value even while the value of the fiat dollars issued by the Federal Reserve has plunged, to barely a fifth the value of what they were worth at the start of, say, the Bush administration. This is not lost on anyone looking at the case. One can imagine that this humiliation was keenly felt by the federal government that brought charges against Von NotHaus. It’s hard to see why else the government would have brought charges.......read on

Posted by Unknown at 8:27 PM No comments:

This week Max Keiser and co-host, Stacy Herbert, report on the indignation, loss of national sovereignty and treason in Greece. In the second half of the show, Max talks to Gonzalo Lira of the Strategic Planning Group about whether Greece will abandon the eurozone and whether or not it is safe for anyone to remain exposed to the region.