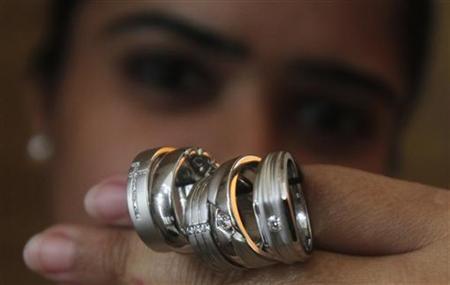 Read more
Posted by Unknown at 3:35 PM No comments:

Ron Paul - Gold 'Wins' Out In The End

Kitco News sits with Ron Paul, a keynote speaker at the Metals & Minerals Investment Conference, to talk about gold, the Fed and the US dollar. "It's not about the brilliance of knowing how to manage monetary policy, it's the wisdom to know that you can't manage the economy through monetary policy"

Kitco News sits with Jeff Christian to discuss the elimination of the silver fix in August, announced on Wednesday. Christian says that there's a possibility the gold fix may be next.

The Platinum price increased 2% overnight on the back of worsening supply concerns in South Africa as a result of increased union pressure on mine workers.

'We're headed for another Marikana'

This is what the president of the Association of Mineworkers and Construction Union, Joseph Mathunjwa warned yesterday, despite police rolling into the platinum belt to protect mineworkers who have had enough of the nearly four-month-long strike.

Addressing about 4000 workers at Wonderkop Stadium in Marikana, in the North West, Mathunjwa made it clear that miners opting to report for work were on their own.

"Don't allow anything to push you to go to work. We have come a long way . if we listen to the SMS [from mining companies urging workers to return to work] there will be trouble among us," he said.

Read more
Posted by Unknown at 11:05 AM No comments:

Gold Series: The Eclipsing Demand of the East

Ron Paul - Is There Really Any Gold in Fort Knox?

Posted by Unknown at 8:41 AM No comments: