In a Sophie Scholl frame of mind

Feeling in a bit of a funk tonight, maybe it was the Belgium beer and the Thai curry, or the daily revelations of further NSA digital atrocities, I am not sure.

“The real damage is done by those millions who want to 'get by.' The ordinary men who just want to be left in peace. Those who don’t want their little lives disturbed by anything bigger than themselves. Those with no sides and no causes. Those who won’t take measure of their own strength, for fear of antagonizing their own weakness. Those who don’t like to make waves—or enemies.

Those for whom freedom, honour, truth, and principles are only literature. Those who live small, love small, die small. It’s the reductionist approach to life: if you keep it small, you’ll keep it under control. If you don’t make any noise, the bogeyman won’t find you.

But it’s all an illusion, because they die too, those people who roll up their spirits into tiny little balls so as to be safe. Safe?! From what? Life is always on the edge of death; narrow streets lead to the same place as wide avenues, and a little candle burns itself out just like a flaming torch does.

I choose my own way to burn.”

Posted by Unknown at 7:38 PM No comments:

Why invest in gold? Gold’s role in long-term strategies 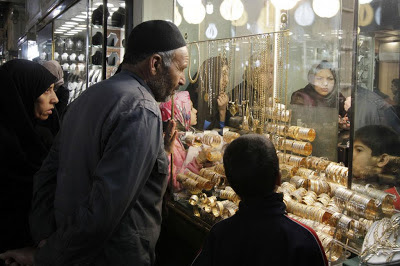 The merits of gold as an investment receives a lot of attention. Investors and market commentators fervently debate whether it could or should be used to protect against inflation, to hedge US dollar exposure, or even tail risk events. And while there is enough literature for and against gold’s roles in a portfolio, or what measures should be used to assess its effectiveness, they are quite often inadequately defined.

Misunderstandings about gold’s properties have led to multiple articles contesting gold’s role as an inflation hedge, currency hedge, and tail risk hedge, among others. We contend that by properly defining these functions and using appropriate measures, gold’s purchasing power preservation qualities and risk management characteristics become apparent. While gold’s ability to hedge inflation or protect against a very specific kind of risk could be replicated by including securities constructed specifically with that objective, these can often be costly and add an additional set of risks, such as credit or counterparty risk exposure.

Gold is a well rounded, cost effective strategic asset, which held even in a modest amounts (typically 2%-10% of a portfolio) can help investors reduce risk without sacrificing long term returns.
Posted by Unknown at 3:49 PM No comments:

India, Fed tapering and the impact of lower tail risk for gold 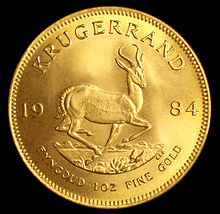 According to HSBC's James Steel, the market was on a high-octane fuelled rally for a good five years so it is unsurprising things have cooled somewhat but that doesn't mean there is no further upside. Listen to the Mineweb interview here
Posted by Unknown at 3:35 PM No comments:

http://usawatchdog.com/jim-sinclair-5... - According to Jim Sinclair of JSMineset.com, by 2016, "Gold will be $3,200 to $3,500 an ounce." By 2020, Sinclair predicts, "Emancipated gold will be $50,000 per ounce." As far as gold confiscation goes, Sinclair says that Its not going to happen, but a windfall tax could definitely be in the cards. Join Greg Hunter as he goes One-on-One with renowned gold expert Jim Sinclair.

Gerald Celente - Trends In The News - "Know Nothing World" Information received since the Federal Open Market Committee met in September generally suggests that economic activity has continued to expand at a moderate pace. Indicators of labor market conditions have shown some further improvement, but the unemployment rate remains elevated. Available data suggest that household spending and business fixed investment advanced, while the recovery in the housing sector slowed somewhat in recent months. Fiscal policy is restraining economic growth. Apart from fluctuations due to changes in energy prices, inflation has been running below the Committee's longer-run objective, but longer-term inflation expectations have remained stable.

Consistent with its statutory mandate, the Committee seeks to foster maximum employment and price stability. The Committee expects that, with appropriate policy accommodation, economic growth will pick up from its recent pace and the unemployment rate will gradually decline toward levels the Committee judges consistent with its dual mandate. The Committee sees the downside risks to the outlook for the economy and the labor market as having diminished, on net, since last fall. The Committee recognizes that inflation persistently below its 2 percent objective could pose risks to economic performance, but it anticipates that inflation will move back toward its objective over the medium term.

Taking into account the extent of federal fiscal retrenchment over the past year, the Committee sees the improvement in economic activity and labor market conditions since it began its asset purchase program as consistent with growing underlying strength in the broader economy. However, the Committee decided to await more evidence that progress will be sustained before adjusting the pace of its purchases. Accordingly, the Committee decided to continue purchasing additional agency mortgage-backed securities at a pace of $40 billion per month and longer-term Treasury securities at a pace of $45 billion per month. The Committee is maintaining its existing policy of reinvesting principal payments from its holdings of agency debt and agency mortgage-backed securities in agency mortgage-backed securities and of rolling over maturing Treasury securities at auction. Taken together, these actions should maintain downward pressure on longer-term interest rates, support mortgage markets, and help to make broader financial conditions more accommodative, which in turn should promote a stronger economic recovery and help to ensure that inflation, over time, is at the rate most consistent with the Committee's dual mandate.

The Committee will closely monitor incoming information on economic and financial developments in coming months and will continue its purchases of Treasury and agency mortgage-backed securities, and employ its other policy tools as appropriate, until the outlook for the labor market has improved substantially in a context of price stability. In judging when to moderate the pace of asset purchases, the Committee will, at its coming meetings, assess whether incoming information continues to support the Committee's expectation of ongoing improvement in labor market conditions and inflation moving back toward its longer-run objective. Asset purchases are not on a preset course, and the Committee's decisions about their pace will remain contingent on the Committee's economic outlook as well as its assessment of the likely efficacy and costs of such purchases.

To support continued progress toward maximum employment and price stability, the Committee today reaffirmed its view that a highly accommodative stance of monetary policy will remain appropriate for a considerable time after the asset purchase program ends and the economic recovery strengthens. In particular, the Committee decided to keep the target range for the federal funds rate at 0 to 1/4 percent and currently anticipates that this exceptionally low range for the federal funds rate will be appropriate at least as long as the unemployment rate remains above 6-1/2 percent, inflation between one and two years ahead is projected to be no more than a half percentage point above the Committee's 2 percent longer-run goal, and longer-term inflation expectations continue to be well anchored. In determining how long to maintain a highly accommodative stance of monetary policy, the Committee will also consider other information, including additional measures of labor market conditions, indicators of inflation pressures and inflation expectations, and readings on financial developments. When the Committee decides to begin to remove policy accommodation, it will take a balanced approach consistent with its longer-run goals of maximum employment and inflation of 2 percent.

In this episode of the Keiser Report, Max Keiser and Stacy Herbert, discuss the revolutionary solution that takes money and power from those who hate and gives it to those who will no longer wait for celebrities and pundits to cogitate, agitate and debate whether or not wristbands and hashtags - oh so quaint - can stop the plunder and pillage by the conmen, hucksters, and banksters backed by the state. Yes, bitcoin. The currency is already creating economic value across Africa, China and the developing world while Brits destroy economic value by moving their money into yet another corrupt bank. In the second half, Max interviews Simon Dixon of BankToTheFuture.com about peer to peer lending and the future in which the population can deploy their own capital in more productive ways.