Dimon Fortress Breached as Push From Hedging to Betting Blows Up 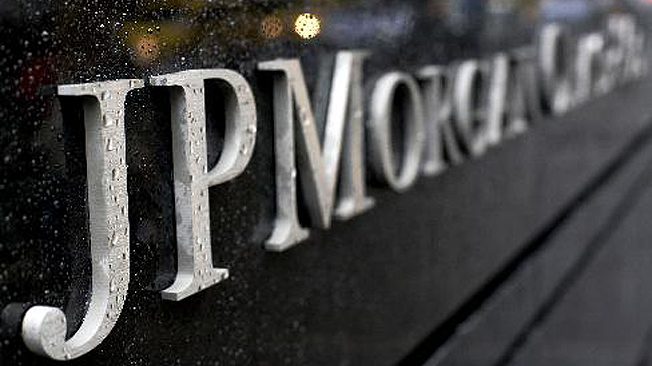 When he joined the bank in 2006, his new commander, Chief Executive Officer Jamie Dimon, was transforming the once- conservative unit from a risk manager to a profit center.

“We want to ramp up the ability to generate profit for the firm,” Olson, 43, recalled being told by two executives. “This is Jamie’s new vision for the company.”

That drive has now shattered JPMorgan’s cultivated reputation for policing risk and undermined Dimon’s authority as a critic of regulatory efforts to curb speculation by too-big- to-fail banks. It also may cost Chief Investment Officer Ina R. Drew, one of the most powerful women on Wall Street, her job. As U.S. and U.K. investigators descend on the firm following Dimon’s announcement last week of a $2 billion trading loss, lawmakers are pointing to the breakdown at the largest U.S. bank as evidence that tougher rules are needed.

Dimon pushed Drew’s unit, which invests deposits the bank hasn’t loaned, to seek profit by speculating on higher-yielding assets such as credit derivatives, according to five former executives. The CEO suggested positions, a current executive said. Profits surged over the next five years as assets quadrupled to $356 billion and employees were given proprietary- trading accounts, current and former executives said.

Dimon said on May 10 that the unit made “egregious mistakes” by taking flawed positions on synthetic credit securities and that New York-based JPMorgan could lose an additional $1 billion or more as it winds down the position. The U.S. Securities and Exchange Commission, the Federal Reserve and the Commodity Futures Trading Commission are investigating, according to people familiar with the probes.

The loss was particularly surprising for JPMorgan, the bank whose $2.32 trillion balance sheet makes it the largest in the U.S. and whose traders were the first in the mid-1990s to create credit derivatives, which let firms and investors insure themselves against losses on debt. It was also a blow to Dimon, 56, who has been the most outspoken critic of the Volcker rule, meant to restrict banks from betting their own money.

Read more
Posted by Unknown at 10:22 PM No comments:

Posted by Unknown at 8:43 PM No comments:

(Reuters) - Uncertainty over the impact of a potential Greek exit from the euro on the debt-laden 17-nation currency bloc drove a rush to safety by investors on Monday, sending the single currency to near four month lows and European shares down 1.5 percent.

Problematic negotiations on forming a new Greek government have increased the chances it will be unable to meet the conditions of its bailout deal, and a worsening fiscal position in Spain has added to the sense of crisis facing the region.

The list of political risks facing the euro area grew on Sunday when German Chancellor Angela Merkel's conservatives suffered a crushing defeat in an election in Germany's most populous state.

"Selling rallies in risk assets seems the best way to make money in most asset classes given the event risk is still very real this week." said Chris Weston, an institutional dealer at IG Markets.

Safe haven German bonds and the U.S. dollar gained from the drive for safety with the June German Bund future setting a record high of 143.28 in early trade.

The negative tone in riskier assets will make for a difficult environment for Italy's 4.5 billion euros in debt sales later in the day, with borrowing costs set to rise. Spain also tests market appetite for its debt on Thursday.

The dollar meanwhile has risen 0.2 percent against a basket of major currencies to 80.45 .DXY , helping send the Australian currency, often a barometer for global growth, down to US$0.9979, its lowest level since December.

Underlining the negative sentiment caused by the crisis in Europe, China's decision on Saturday to cut the amount of cash banks must hold as reserves, normally been seen as a pro-growth move, only served to fuel fears that the global economic outlook was likely to get worse.

The MSCI's broad world equity index .MIWD00000PUS was down 0.2 percent after it had fallen two percent last week, while MSCI main emerging market index .MSCIEF fell over one percent.

The combination of political uncertainty and a slowing Chinese economy drove Brent crude oil below $112 a barrel to $111.40.

Gold, which has moved in tandem with riskier assets this year, did edge up to an intraday high at $1,585.39 an ounce on Monday as bargain hunters were attracted by the four-month lows hit last week, but gains were expected to be capped.

"I think for as long as the crisis in Europe drags on, it's going to keep sentiment broadly in check," said Nick Trevethan, a senior commodity strategist at ANZ Bank.
Posted by Unknown at 8:01 PM No comments:

The Australian dollar has dropped below parity with the greenback for the first time in 2012 as investors fret over the outlook for the economy at home and abroad.

Overseas travel and shopping from foreign websites will be less attractive as the cost in local terms rises for Australian consumers.

The Australian dollar sank recently to as low as 99.96 US cents after threatening to break back through the parity level for some time. It hasn't bought less than $US1 since December 21 last year.

Sydney-based FOREX.com market analyst Chris Tedder said a variety of factors had conspired against the currency, will overseas factors playing a big role.

‘‘We don’t have a lot of upside for the Aussie at the moment," Mr Tedder said. “On the downside, we’ve got political uncertainty in Greece, we’ve got the Spanish banks, and disappointing economic data of late both domestically and in our largest trading partner - China.”

“It’s painting a bearish picture for the Aussie,” he said. “From here we’re going to see it continue to slip lower,’’ he said.

Adding to the dollar's headwinds, the Reserve Bank warned today that growth in non-mining sectors is likely to disappoint in the years ahead, even as the overall economy continues to expand.

‘‘Overall GDP growth is expected to return to around trend over the forecast horizon, with the recent reductions in the cash rate providing some boost to demand in the non-mining-related parts of the economy,’’ said RBA deputy governor Phillip Lowe in a speech in Melbourne.

Read more: http://www.smh.com.au/business/markets/dollar-sinks-below-parity-on-economy-worries-20120514-1ylqa.html#ixzz1uoNia800
Posted by Unknown at 1:53 PM No comments: