In this episode, Max Keiser and co-host, Stacy Herbert have a field day dissecting Jamie Dimon's 'egregious, terrible mistake,' the possible insider trading around those so-called mistake and what the Leveson Inquiry may tell us about the SEC's Mary Schapiro's 'focus' on these oh so egregious mistakes. In the second half of the show Max talks to Nomi Prins, a former senior executive at Goldman Sachs and Bear Stearns, about the problems at JP Morgan's London trading desk.

Patrick Henningson interviews elected state officials in Arizona and provides a broad primer to the Fast and Furious scandal that has been going on under different names for decades. 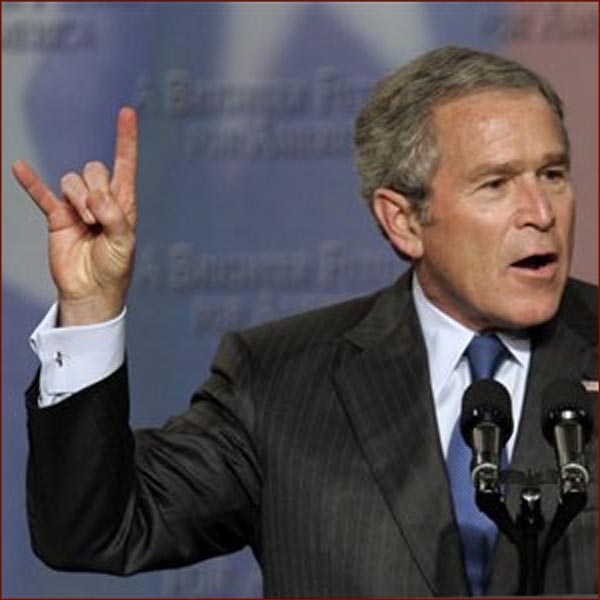 By Yvonne Ridley
Information Clearinghouse
May 13, 2012

IT’S OFFICIAL – George W Bush is a war criminal.
In what is the first ever conviction of its kind anywhere in the world, the former US President and seven key members of his administration were today (Friday) found guilty of war crimes.

The trial held in Kuala Lumpur heard harrowing witness accounts from victims of torture who suffered at the hands of US soldiers and contractors in Iraq and Afghanistan.

They included testimony from British man Moazzam Begg, an ex-Guantanamo detainee and Iraqi woman Jameelah Abbas Hameedi who was tortured in the notorious Abu Ghraib prison.

At the end of the week-long hearing, the five-panel tribunal unanimously delivered guilty verdicts against Bush, Cheney, Rumsfeld and their key legal advisors who were all convicted as war criminals for torture and cruel, inhumane and degrading treatment.

Full transcripts of the charges, witness statements and other relevant material will now be sent to the Chief Prosecutor of the International Criminal Court, as well as the United Nations and the Security Council.

The Kuala Lumpur War Crimes Commission is also asking that the names of Bush, Cheney, Rumsfeld, Gonzales, Yoo, Bybee, Addington and Haynes be entered and included in the Commission’s Register of War Criminals for public record.

The tribunal is the initiative of Malaysia’s retired Prime Minister Mahathir Mohamad, who staunchly opposed the American-led invasion of Iraq in 2003.

He sat through the entire hearing as it took personal statements and testimonies of three witnesses namely Abbas Abid, Moazzam Begg and Jameelah Hameedi. The tribunal also heard two other Statutory Declarations of Iraqi citizen Ali Shalal and Rahul Ahmed, another British citizen.

After the guilty verdict reached by five senior judges was delivered, Mahathir Mohamad said: “Powerful countries are getting away with murder.”

War crimes expert and lawyer Francis Boyle, professor of international law at the University of Illinois College of Law in America, was part of the prosecution team.

After the case he said: “This is the first conviction of these people anywhere in the world.”

Read more
Posted by Unknown at 4:21 AM No comments:

Ron Paul - Our Time Has Come

Greece on Fire: 'Disaster looms, with or without Euro'

Posted by Unknown at 1:51 AM No comments: