USA - The Land of the Free

Reminds me of the story of Martin Armstrong (cycles guru) who was given 30 days of solitary confinement as punishment for assisting another prisoner in writing writ of habeas corpus.


The head of the International Monetary Fund has been charged with sexual attack, attempted rape and unlawful imprisonment. New York police pulled Dominique Strauss-Kahn from a plane minutes before he was due to fly to Paris, and questioned him on suspicion of assaulting a hotel maid. RT talks to Gerald Celente, the director of the Trends Research Institute in New York.

Head of Paper Cartel gets his Perp Walk

DSK, one of the world's most famous paper pushers gets his turn at a perp walk.......


Publicly, the US's backing of the pro-democracy uprisings in the Middle East often consists of a statement saying that people must determine their own future. Behind the scenes, though, it is widely acknowledged there is a lot more interference.


US prosecutors have charged the the head of the IMF, Dominique Strauss-Kahn, with a criminal sexual act, attempted rape, and unlawful imprisonment.

Truth about Markets - What You Gonna Do?

This is the video of the song featured at the end of Truth about Markets, I love the opening scenes with the MI6 "headquarters" in the background and of course that the singer's name is 24K

Repeat after me: "margin increases have no effect on prices"

Never let it be said that we don't offer both sides to any story on this blog, below the Precious Metals Anti-Christ, Jeff Christian, he of the infamous statement that the futures markets trade 100 times more paper than underling metal and that is normal, is now trying to tell us that the 4 recent COMEX margin increases had no effect on the silver price. I don't about you but I have trouble believing in any coincidences, let alone 4.

Silver shorts given another summer to cover themselves again 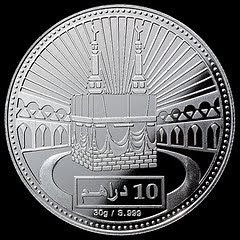 Last summer ArabianMoney was rife with rumor about some serious short covering by the major bullion banks and an unwinding of their short positions. Once the shorts were out of the market we saw the impact on prices with a spectacular jump from $17 to $50.

Now it looks as though the Comex has given the bullion banks another chance to square their short positions this summer by raising margin requirements so dramatically this month, and thereby breaking a spike in the silver price that would have been ruinous to these banks.

It is not a repeat of the Hunt Brothers and their Arab investors in 1980. That was about bringing down a huge long position that had cornered the market. This summer has been more about protecting a short position, which would hardly be necessary if the bull market was really broken as market forces would have been sufficient.

Thus we are more than likely set for another take-off in the silver and gold markets in the autumn. This time it could be gold’s turn to take the lead with a spike from $1,500 to $2,000 an ounce, albeit after further price weakness over the next two months as global financial markets continue their current correction phase.....read on 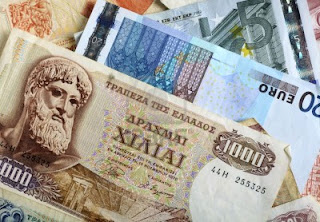 An undercurrent of anger, suspicion and mistrust will per-meate on Monday night's critical meeting of eurozone ministers in Brussels as they grapple with a spiralling Greek debt crisis and try to seal a €78bn (£69bn) bail-out for Portugal. As if the euro's problems were not enough, seething resentments will add a new political dimension to the talks.

The inclement mood was set 10 days earlier beside a gently babbling brook and old water mill that speaks of Europe's troubled past. On Friday May 6, Jean-Claude Juncker, Luxembourg's prime minister and the chairman of the eurogroup of single currency members, called a secret meeting of the European Union's most powerful countries at the picturesque Chateau de Senningen on the outskirts of the tiny Duchy state.

Gathered at the 18th century former paper mill, which served as an artists' retreat during the Nazi occupation, were finance ministers from Germany, France, Italy and Spain – the euro's G20 members, Jean-Claude Trichet, president of the European Central Bank (ECB), and Olli Rehn, EU commissioner for monetary affairs. Top of the agenda was the fate of Greece, after the International Monetary Fund (IMF) – on the hook for €30bn of the original €110bn rescue – demanded that the EU come up with a new strategy as the Mediterranean country continued to plunge into debt and recession.

Sparking rumours that Athens was set to leave the euro, George Papaconstantinou, the Greek finance minister, was summoned to Senningen to explain how his country could take further savage austerity measures and speed up privatisation of lucrative state-owned industries......read on

The security of Nato's main supply line into Afghanistan came under threat on Saturday as Pakistani parliamentarians voted to review all aspects of their relationship with the US amid worsening political fallout from the raid that killed Osama bin Laden.

The unanimous motion was passed in the early hours of Saturday morning at the conclusion of an extraordinary 10-hour parliamentary session when the military's top brass offered apologies and admissions of failure, and the country's spy chief offered to resign.

Condemning the 2 May raid on bin Laden's house in Abbottabad, 35 miles northeast of Islamabad, as a "violation of Pakistan's sovereignty", parliament voted unanimously to review the country's terms of engagement with Washington........read on 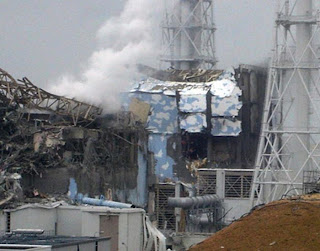 Moving on to the latest developments in Japan's ongoing nuclear crisis highly radioactive substances were detected in parts of Tokyo.

Japan's Asahi Shimbun reports about 3,200 and nearly 2-thousand becquerels of radioactive cesium per kilogram were found in the soil of Tokyo districts of Koto and Chiyoda, respectively, from testing conducted between April 10th and the 20th.

This amount is higher than what was found in the prefectures near the Fukushima plant and experts warn that other areas may be subject to radiation contamination as clusters of clouds containing radioactive material remain in the atmosphere.

Meanwhile, the plant's main operator, TEPCO, says that over 3-thousand tons of contaminated water has been found in the basement of the No. 1 reactor, causing a delay in Japan's latest approach to cool down the reactors.