Marc Farber on the Fiscal Cliff, Middle East and Asia

Gold Up, Up and Away?

Obama to Complete Conquest of America in Second Term

Why Gold is the Best Metal for Investors

Bloomberg's Zeb Eckert speaks to Natalie Dempster, director of government affairs at the World Gold Council. Dempster says that gold backed bonds can help the EU, and explains why gold is the best metal for investors. Anglo American Platinum (Amplats) said it had extended until Wednesday a deadline to more than 30,000 striking employees to accept its latest offer or face the sack.

The extension comes as the world No. 1 platinum producer struggles to end two months of wildcat action that has cut about $250 million worth of output and counting.

General David Petraeus has been making headlines for his extramarital love-affair and his lack of judgement during the Benghazi attacks on the US consulate in Libya among other things, but the mainstream media has not held Petraeus accountable for his controversial action during his military career. So what is going on with the fourth estate? Retired Colonel Morris Davis joins us with more on Petraeus' career and relation with the media.

Gerald Celente discusses trends post US elections and the world economic situation. Listen to the KWN interview here
Posted by Unknown at 10:15 AM No comments:

Gold can also protect Australians against the ravages of rampant inflation. With a real rate of return of 6.9% in 2012. 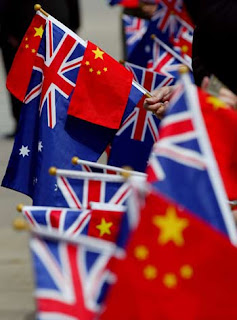 Nice to see my country and China grow some and try to stab the world's reserve currency in the back.

If the deal is reached, the Australian dollar would be the third major currency allowed to be traded directly against the Chinese currency, following the US dollar and the Japanese yen.

Other major currencies that have been used as intermediaries for the China-Australia currency trading are sometimes unstable, said Zhou Xiaochuan, governor of the People's Bank of China.

The bilateral trade, investment and tourism relations between China and Australia have developed rapidly in past years, resulting in growing demand for the direct currency trading, Zhou told reporters at a group interview on the sidelines of the 18th National Congress of the Communist Party of China.

The Chinese and Australian central banks support the direct trading, said Zhou, adding that such a direct trading would be "a good thing, a matter of course and a choice that respects the market."

China announced in May the direct trading of its currency against the Japanese yen, bringing the yuan one step closer to a truly global currency.

China has been taking steps to internationalize the yuan, facilitating the use of the yuan in cross-border trading and investment, and signing currency swap agreements worth at least 1.5 trillion yuan ($238 billion) with a dozen of countries.
Posted by Unknown at 7:15 AM No comments: