Preventing the US Government From Stealing Your Gold 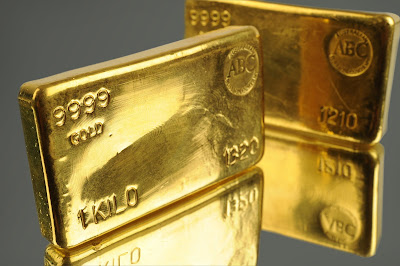 The following is an excellent article by Jeff Nielson which I often feature on this blog. Whilst Jeff's arguments are very compelling the ultimate way to prevent the US govt. from ever confiscating your gold in the future is not to vault your gold in the USA! At ABC Bullion we can securely and discreetly sell you bullion then offer you free vaulting and insurance options for your bullion (gold, silver, platinum, palladium) in the "Switzerland of the Pacific" - Australia.

Australia is the USA's oldest ally, Australians have died alongside of Americans in every major war since the civil war. Australia is a stable western democracy, with English as the national language and an English style court and legal systems. Australia was the only OECD and G20 member country not to have gone into recession during the GFC - due to having no national govt. debt when the crisis hit. ABC bullion is a private company not affiliated with any govt. agency and as such have no local tax or IRS reporting requirements for our customer's holdings.

Gold, silver and platinum bullion is sales tax, VAT & GST free for all of our customers - so your money goes 100% to purchasing metal, not funding the tax office. Please visit our new website for more information about bullion investing and don't forget to check out our free storage options. ABC Bullion, proudly Australian.

My reply has always been that in the absence of a gold standard there is no motive for simply confiscating all gold again. With U.S. debts and liabilities exceeding $100 trillion, while all the gold inside the U.S. is worth considerably less than $100 billion (at current values) even a quadrupling of the gold price from today's price would still make it totally inconsequential in restoring solvency to the U.S. government. If the government were to stoop to directly (and openly) stealing from its citizens, it would be much more likely to pillage their bank deposits, which are more than ten times as large as their gold holdings.

However, there is a further point which I should have made which relates to this issue. Specifically, even without formally "confiscating" our gold, all of our governments have already created a vehicle to steal a portion of our gold: our taxation systems. The pretext our governments use/will use to steal our gold (and silver) via taxation is "capital gains." This is such a perversion of the concept of a "capital gain" that such tax treatment for gold and silver is simply evil......read on
Posted by Unknown at 5:52 PM