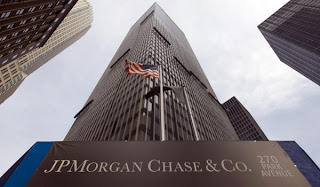 Anti-poverty campaigners renewed their call for new taxes on the financial sector after JP Morgan Chase set aside almost $10bn for basic pay and bonuses in its investment banking division.

The Robin Hood Tax campaign said it was "outrageous" that JP Morgan's investment bankers are to receive an average payout of $369,651 (£233,000) for 2010. The group, which supports a global tax on banks' financial transactions, said the size of the payments was "a slap in the face to ordinary people".

David Hillman, spokesman for the campaign, said: "If banks can afford to pay billions in bonuses, they can clearly afford to be taxed a great deal more. A £20bn Robin Hood tax in the UK would help avoid the worst of the cuts and show we are all in this together. While bankers wallow in cash, the general public are suffering unemployment and cuts to public services.".....read on