There Is No Getting Around Gold 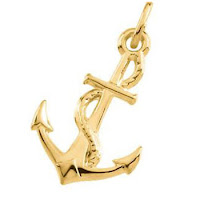 From Forbes.com:
By Jeffrey Bell and Rich Danker

Money has lacked a golden anchor for 40 years. It has proved a stupendous failure.

Earlier this week Thomas Hoenig, president of the Kansas City Federal Reserve, went out of his way to call the gold standard a "very legitimate monetary system." In November, World Bank President Robert Zoellick and Indiana Republican Congressman Mike Pence both called for a serious look at using gold as the centerpiece of international monetary reform.

The fact that a Fed leader, the highest-ranking American official in international economics, and a potential presidential candidate are talking up the gold standard indicates that floating money is running out of political cover, and that the obstacles to gold replacing it are narrowing....read on
Posted by Unknown at 5:47 AM