The Tunisian job: How president's wife 'fled with $60m in gold bullion' 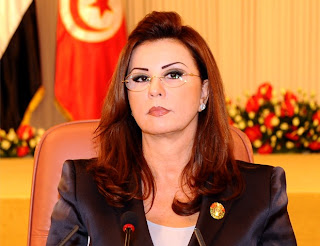 The final act of the kleptocracy by the Ben Ali family was to steal one and a half tonnes of gold, with the president's wife personally collecting the bullion from an initially reluctant but eventually browbeaten president of the country's central bank.

Within hours the allegations – denied by the central bank – had been turned into slogans on the streets of Tunis in another demonstration, as protesters vented their fury at the former first family. "Hang them all, but let's get our gold back first," shouted a group marching along Avenue Bourguiba.

This may not be easy. Whereas Zine el-Abidine Ben Ali is now a guest of Saudi Arabia, supposedly in the same neighbourhood of Jeddah which once hosted another fallen African strongman, Idi Amin, the whereabouts of his spouse, Leila Trabelsi, is unclear. Some Tunisians say that Dubai, where she would go on shopping expeditions, is the destination, others say it is one of the central Asian republics.....read on