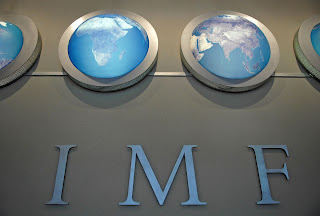 Dominique Strauss-Kahn, managing director of the International Monetary Fund, has called for a new world currency that would challenge the dominance of the dollar and protect against future financial instability.

“Global imbalances are back, with issues that worried us before the crisis - large and volatile capital flows, exchange rate pressures, rapidly growing excess reserves - on the front burner once again,” Strauss-Kahn said. “Left unresolved, these problems could even sow the seeds of the next crisis.”

“When we worry about the deficiencies of the international monetary system, we are mostly worrying about volatility,” he added. There is “a sense that money sometimes flows around the globe in too-volatile a fashion and that countries need a more stable, more predictable external environment in order to prosper”, he said.

He suggested adding emerging market countries' currencies, such as the yuan, to a basket of currencies that the IMF administers could add stability to the global system.......read on
Posted by Unknown at 11:49 PM