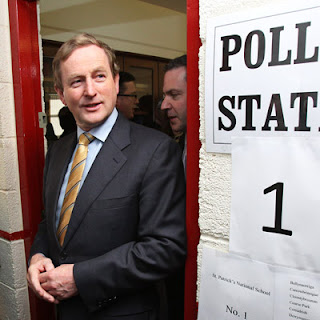 The parties are under intense pressure to clinch a quick deal so they can present a united front to European partners as they bid to renegotiate the terms of a bailout that some fear could bankrupt the former "Celtic Tiger" economy.

The center-right Fine Gael, swept into power on a wave of voter anger over the country's financial meltdown, is on course for a record 75-plus seats, but the pro-business, low-tax party will fall short of a majority in the 166-seat lower chamber......read on