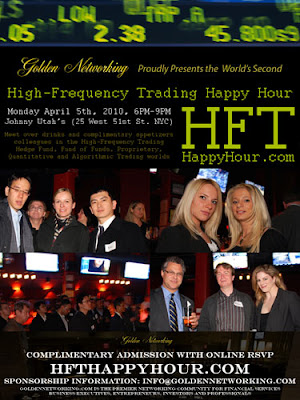 From the NY Times:

A former Goldman Sachs computer programmer convicted of stealing source code from the firm was sentenced on Friday to more than eight years in prison, capping a case that had shone a rare spotlight on the world of lightning-fast computer-driven trading.

Before leaving Goldman for a new job at a start-up, Teza Technologies, federal prosecutors had claimed, Mr. Aleynikov secreted the code onto a server in Germany to get around the investment bank’s security systems.

The prison term, while at the low end of federal sentencing guidelines, was four times what probation officials had recommended. Prosecutors had asked for as much as 10 years.

Both the defense and the prosecution cited the recent case in Manhattan of Samarth Agrawal, a trader at Société Générale, who was convicted of stealing proprietary code from its high-frequency trading business. Mr. Agrawal was sentenced in February to three years in prison, less than the government’s request......read on