What differentiates investment in more explosive silver from gold? 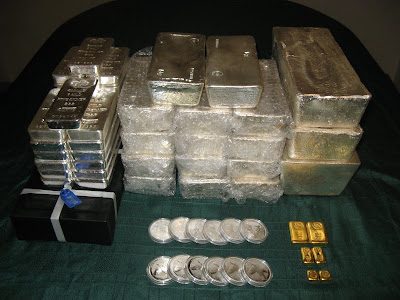 The silver market is still reeling from its fall from $50 to $34 over a very short time. The move was driven by at least one investor selling around 1,000 tonnes of silver over a two week period. Silver had climbed quickly from around $25. The charts supported a rise to $29, but as silver went higher, it climbed out of technical range into new territory. All the time thereafter it was vulnerable to a selloff back to support around that level.

Many felt it could easily fall to $20 before recovering, but it bounced off $32 and has been consolidating above $34 since then. The selling then stopped and buying started, but the consolidation at this level indicates that the market has to get used to these prices for a while before they establish a ‘floor' that permits cautious buyers to re-enter the market again.

Investors must ask themselves...

Ø Should silver be considered as financial security, like gold?

Ø Will it ever reach that status of being a monetary metal, in the eyes of central banks and global investors?

Ø Some may feel that the biggest question mark hangs over its volatility in the future. Can the silver market be manipulated, as the large US banks have done in the recent past?

Ø Can the silver market be cornered, as the Hunt brothers from Texas once tried to do?.......read on