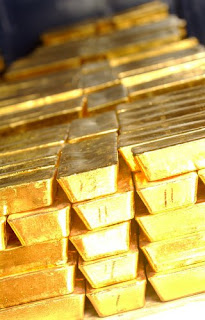 Why anyone, let alone a country, would swap Gold, a stable form of money for over 5,000 years, for access to a few more computer generated zeroes of fiat currency on statement or balance sheet is beyond me.

The Bank for International Settlements held 409 metric tons of bullion related to gold swaps contracts as of March 31, up 18 percent from a year earlier.

The BIS held 346 tons of gold in connection with swap operations through March 31 last year, the Basel, Switzerland- based bank said in its annual report today. Under swap contracts, the bank exchanges currencies for physical gold, which it must return at the end of the contract.