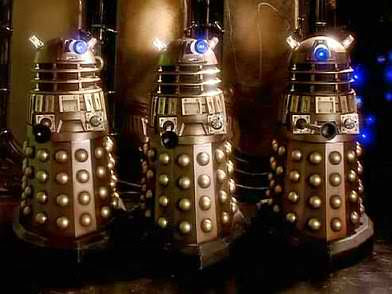 Forget the TSA and their cude body scanners, meet the future - full body and personal affects scanners (see article below). Please take note of the paragraph: "Anyone whose behaviour raised concern - such as a passenger buying a one way ticket in cash - would go through a different channel which would also feature a full body scanner" - yes how dare anyone buy something for cash - Irradiate! Irradiate!

Makes me think about the large numbers of frequent air travelers in Australia, some do the Sydney<-->Melbourne or Sydney<-->Canberra trip up to 4 times a week. So that would be 8 full body x-rays each week for 48 weeks a year for a total of 384, or more than 1 per day.

Of the comments to the article I thought this one summed up the situation the best:

Until they discover being x-rays that many times give you cancer or something. A leading U.S. expert on the biological effects of X-radiation is Dr. John Gofman, Professor Emeritus of Molecular and Cell Biology, University of California, Berkeley. Dr. Gofman’s exhaustive research leads him to conclude that there is NO SAFE DOSE-LEVEL of ionizing radiation. His studies indicate that radiation from medical diagnostics and treatment is a causal co-factor in 50 percent of America’s cancers and 60 percent of our ischemic (blood flow blockage) heart disease.

The 21 feet long smart tunnel combines all existing and imminent security technology in one place and would slash the time passengers wait at airports. Passengers would simply walk the length of the tunnel while they are scanned.

It would prevent the frustration many passengers feel when they have to partially undress at a security gate.

A version is expected to be trialled within 18 months and could be rolled out at major airports within five years. British authorities are known to be keen to use the next generation of airport security scanners as soon as possible.

Currently the aviation industry allows 30 seconds for passengers to pass through the existing security system.

But this time only allows for walking through the detector, removing shoes and belts, placing metal objects in a separate container and producing liquids for inspection.

It does not take into account the time passengers spend putting gathering their belongings afterwards, nor the time they have to queue before reaching the metal detector in the first place.

This can take around 10 minutes at the most efficient airports which now includes Heathrow’s Terminal 5.

It is hoped that the waiting time would also be cut as a result of the quicker screening process.

A prototype of the new technology was unveiled in Singapore yesterday by the International Air Transport Association (IATA), which represents the world’s major airlines.

It features screening methods which are either already commonplace at airports - such as body scanners - and those which are expected to be introduced soon, including liquid detectors.

The IATA system would divide passengers into three categories, who would initially be identified by an iris-recognition system before entering the arches.

So-called “known travellers” who have been pre-screened would only face an x-ray, metal and liquid detector.

“Normal travellers” would also have their shoes scanned automatically and pass through an explosive trace detector.

Anyone whose behaviour raised concern - such as a passenger buying a one way ticket in cash - would go through a different channel which would also feature a full body scanner.....read on