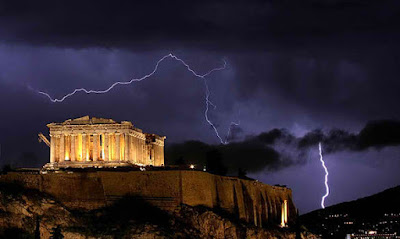 “The announced EU program along with the Institute of International Finance’s statement representing major financial institutions implies that the probability of a distressed exchange, and hence a default, on Greek government bonds is virtually 100 percent,” Moody’s said.....read on
Posted by Unknown at 7:56 PM