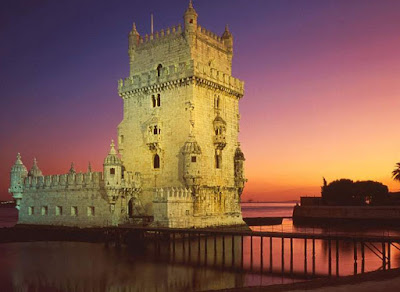 Moody's Investors Service cut its rating by one notch to Baa2 from Baa1 and said in a report that it was increasingly unlikely that Portugal would be able to borrow money on capital markets in 2013, as planned.

As a result, it said the country would probably require more financial aid — on top of the euro78 billion ($113 billion) bailout it received earlier this year — with private banks taking some losses.

The Portuguese government said in response that it is fully committed to meeting debt reduction targets and economic reforms tied to the bailout.

Portugal has been shut out of bond markets for long-term loans since April, when its government collapsed, heightening investors' concerns about its financial future.

Moody's said the European Union's insistence on involving private sector holders of Greek debt in a second bailout for the country indicates the same would happen for Portugal.

The agency's report is a blow to Portugal as it tries to distance itself from Greece, which has had to redouble painful austerity measures because it did not meet debt reduction targets.

"A further downgrade could be triggered by a significant slippage in the execution of the government's fiscal consolidation program, a further downward revision of the country's economic growth prospects or an increased risk that further support requires private sector participation," Moody's said in its report.

In Lisbon, Portugal's new center-right coalition government said the downgrade showed the country faced an "adverse environment" in its debt-cutting efforts and that only by sticking to its promises to severely cut costs would it reverse its financial decline.......read on