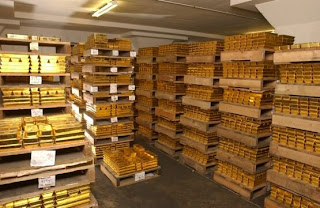 From The New York Times:

Byron Wien, the investment strategist, has been forecasting the future for decades. But this is the first year that he has officially recommended gold in his model portfolio.

Byron Wien is recommending holding gold as part of an investment portfolio to protect assets.

And at the beginning of this month, Mr. Wien, vice chairman of Blackstone Advisory Partners, said he was maintaining his 5 percent allocation to gold for next year.

The metal has become the insurance policy of choice for many sophisticated investors. Even among those who were never gold bugs, there is now a belief that it has its place in a portfolio.

Mr. Wien’s view comes despite the fact that gold, which was up 29.5 percent in 2010, was up an additional 20.7 percent at the end of October of this year, according to Mr. Wien’s most recent report — nearly double the increase for real estate, the second-highest increase among Mr. Wien’s recommended asset classes.

His decision to continue recommending gold comes even while some investors feel that after such a steep run, prices may fall. The returns reflect the hard reality that as governments print money, thereby debasing the value of their currencies, gold still looks like a sensible option.......read on
Posted by Unknown at 12:49 PM