Pact With the Devil Over Gold 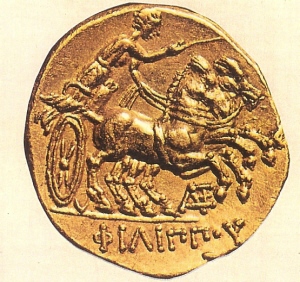 The one and only thing that might possibly spare Greece the agony of a completely worthless currency is Greece's small hoard of 111 tons of gold.

Pact With the Devil

Yet, in the fine print in the latest deal, Greece’s lenders will have the right to seize its gold reserves according to the New York Times article Growing Air of Concern in Greece Over New Bailout.

In the fine print of the 400-plus-page document — which Parliament members had a weekend to read and sign — Greece relinquished fundamental parts of its sovereignty to its foreign lenders, the European Commission, the European Central Bank and the International Monetary Fund.

“This is the first time ever that a European and probably an O.E.C.D. state abdicates its rights of immunity over all its assets to its lenders,” said Louka Katseli, an independent member of Parliament who previously represented the Socialist Party, using the abbreviation for the Organization for Economic Cooperation and Development. She was one of several independents who joined 43 lawmakers from the two largest parties in voting against the loan agreement.

Ms. Katseli, an economist who was labor minister in the government of George Papandreou until she left in a cabinet reshuffle last June, was also upset that Greece’s lenders will have the right to seize the gold reserves in the Bank of Greece under the terms of the new deal, and that future bonds issued will be governed by English law and in Luxembourg courts, conditions more favorable to creditors.

Read more
Posted by Unknown at 8:58 AM