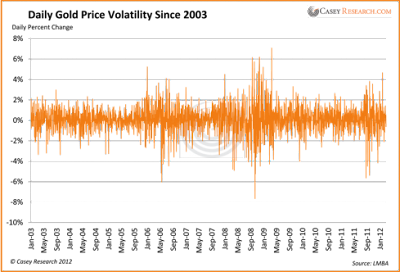 What can an investor do with this information? Prepare yourself for bigger daily swings – in both directions. And buying on those outsized drops is probably a good strategy… Because we now know what volatility looks like.
Posted by Unknown at 9:41 PM