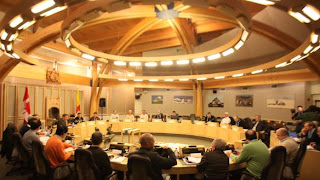 The Group of Seven nations are considering saying they won’t target exchange rates when setting policy as they try to calm concern the world is on the brink of a currency war, two officials from G-7 countries said.

Japanese Prime Minister Shinzo Abe’s push for more aggressive monetary policy has raised concern abroad that his government is directly seeking to weaken the yen, something it denies. In the talks, Japan has questioned the statement’s contents -- which would mark a strengthening in rhetoric from the G-7’s last joint comment in 2011 -- as it doesn’t want to be singled out for criticism, another official from a G-7 nation said, also on the basis they not be named.

Of course gold knows a currency war when it sees one, even if politicians cannot, and revalues itself accordingly. 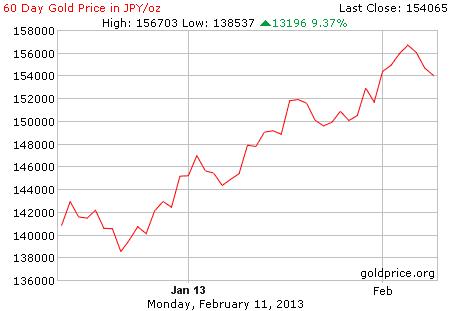