Amid concerns over a “currency war” of competitive currency devaluations, the G7 ministers have issued a statement reaffirming a “longstanding commitment to market determined exchange rates.” Ministers also stated that “fiscal and monetary policies have been and will remain oriented towards meeting…domestic objectives.”

Notably absent from the statement is any kind of condemnation of Japan’s attempts to devalue the yen, a policy that prime minister Shinzo Abe campaigned on and won. “Abenomics” advanced in January, when the Bank of Japan announced a higher, 2% inflation target and an open-ended asset purchase program, or QE. 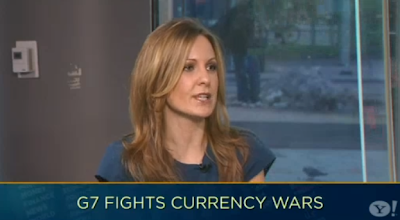