Half of German gold reserves will be stored in Germany by 2020 - Really?

Evening all. I don't often commentate on this blog, as would prefer my readers to read and view the information I present and form their own views. But feel somewhat incensed by the content of the following interview and thought I must make comment. My comments are in red below.

Interview with Carl-Ludwig Thiele, Member of the Executive Board of the Deutsche Bundesbank, published in Handelsblatt on 19 February 2014.

Mr Thiele, do you consider yourself a kind of psychotherapist of the German soul?

No, why should I?

Bundesbank President Jens Weidmann described the partial transfer of German gold from New York as a trust-building measure in Germany. You are the one responsible for organising this major logistical undertaking.

Indeed, we are inspiring trust by storing half of the 3,400 tonnes of gold in Frankfurt by 2020. Building trust also means being transparent. We were the first central bank to publish details of our storage facilities, including the respective quantities of gold stored there.

Given the dis-trust surrounding this botched process no trust will be built until all of German's gold is stored in Frankfurt.

Is there a scenario in which gold could begin to be used in monetary policy?

A highly theoretical scenario would involve extreme turmoil on the foreign exchange markets. Germany safeguards its solvency through reserve assets. In addition to foreign currency, our reserve assets include gold reserves. This gold could be pledged or exchanged directly for foreign currency. That is also why we have left the other half of our gold reserves in New York and London. Although we thankfully do not envisage such a crisis scenario, central banks are designed for the long term.

Um isn't the German currency the Euro, under the control of the European Central Bank (ECB), wouldn't it be their issue to intervene in currency markets to protect the Euro? As to leaving half in London and New York for trading purposes this is also specious. New York is not a gold trading hub, but London is, so you could argue to leave some gold in London is justified, but then in this modern world you could airfreight 10's of tonnes of gold from Frankfurt to London in a single day. Hey if the Swiss can airfreight tonnes of gold around the world to China everyday I am sure the Germans could work out how to get some over the channel if needed.

In October 2012, you promised the German Bundestag that you would transfer a total of 150 tonnes of gold from New York to Frankfurt by 2015.In January 2013, you extended the time frame to 2020 and increased the amount to 300 tonnes.

What time frame are you looking at now?

The plans are not contradictory. We specified our initial target in October 2012. In January 2013, we then presented a new gold storage plan and specified a new target that is considerably higher than the first. Instead of only 150 tonnes, we are now transferring 300 tonnes of gold from New York to Germany.

Building trust requires keeping commitments, doubling the pledge and changing the period makes you sound like some sleazy bookie.

So both targets still apply?

We now consider ourselves bound to the new gold storage plan. But the three years have not yet passed. We shall wait and see. We are on the right track in any case.

Trust is not built on "wait and see" it is built on promises meet in full, good god man you are German, start acting like one!

But the members of the German Bundestag have acted on the assumption of the initial promise.The second has got a more long-term oriented time frame. Was your initial promise overly ambitious? In the first year, you only returned five tonnes from the USA.

It is not a question of “returning”. The gold is being transferred to Germany for the first time. Until 1998, only 2% of our gold, or thereabouts, was stored in Germany. In the first year, we transported five tonnes from New York. This year, we will transfer 30 to 50 tonnes, or perhaps even more, from New York to Frankfurt. And there is still next year to come.

So the gold coming from the Fed you say has never been in Germany before, right?

Does that mean that the target of 150 tonnes is still attainable?

Since we are in the midst of an ongoing process, I would like you to ask me the question again in two years’ time. In any case, we will store half of the German gold reserves in Germany by 2020 at the latest.

Why are you content with such a low target for this year? Is the programme still experiencing teething problems in its second year?

No, it is not. We have planned the timing of the transfers in such a way as to ensure that 300 tonnes are transferred from New York to Germany by 2020 at the latest.

There are these rumours that either the gold in New York is no longer there or you do not have unrestricted access to it.Why have you not called in auditors or other externals to oversee the transfers in response to such rumours?

It astounds me that Handelsblatt pays any attention to such absurd rumours. I was in New York myself in June 2012 with the colleagues responsible for managing the gold reserves and saw for myself how our money is stored in the vault there. The Americans have never stonewalled or hindered us in any way. On the contrary, their cooperation has been most constructive in every respect. Our internal audit team was present last year during the on-site removal of gold bars and closely monitored everything. The smelting process is also being monitored by independent experts.

Who are these independent experts? Why have they not published their findings to support your "trust building" exercise?

Does this also apply to opportunities to inspect the stocks? You said a year ago that discussions on the matter with the Federal Reserve Bank of New York were making good progress.

That is correct. We have enjoyed an excellent relationship of trust with the New York Fed for many decades. As regards the details of the contracts, however, we are bound by confidentiality which we cannot unilaterally break. From my visit to New York, I can tell you that a number of bars selected by us were removed, inspected and reweighed even while I was there. The inspections conducted by our internal audit team, during which an external auditor was also present, were also completed to our utmost satisfaction.

Who was the auditor? Where is their report?

Was an external auditor present during your visit to the New York Fed gold storage facility in June 2012?

No, not during my visit. However, an external auditor was present for part of the time during the internal audit team’s inspection of stocks.

Did the gold from New York have to be melted down immediately?

The gold was removed from the vault in the presence of the internal audit team and transported to Europe. Only once the gold had arrived in Europe was it melted down and brought to the current bar standard. Some of the bars in our stocks in New York were produced before the Second World War. It was confirmed after the melting process, as anticipated, that these bars were absolutely fine. 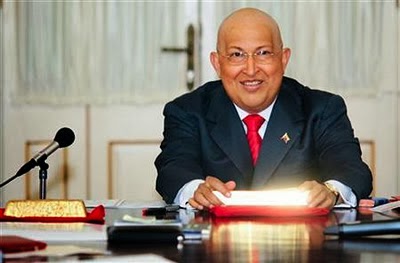 "Some of the bars in our stocks in New York were produced before the Second World War" - What the NY Fed happily stored these bars for Germany after the horrors of WWI and throughout WWII, really?

Was the fact they were pre-WWII bars the real reason the bars had to be melted the moment they landed? Did they have markings best not seen? Marks from the Czechoslovakian Central bank or worse? Also which refinery melted the bars? German or Swiss?

Of course the bars after the melting process were "absolutely fine" as any trace of their origin had been removed during the refining process. 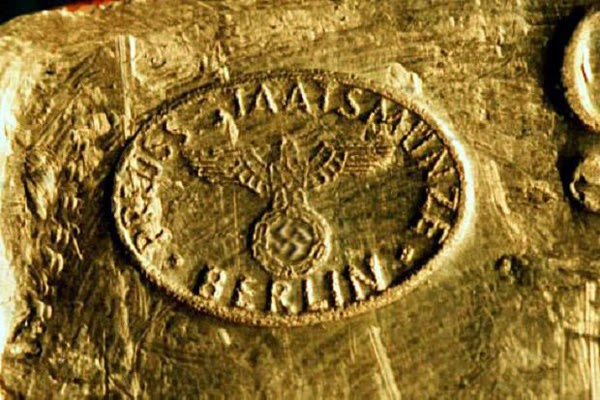 The Federal Court of Auditors (FCA) sparked the debate by calling for an inspection of Germany’s gold holdings abroad.When you announced in October 2012 that part of the holdings were to be transferred to Germany, the FCA responded that this was a first step, but not a comprehensive procedure. Is the FCA now satisfied?

The FCA never demanded that the Bundesbank transfer gold to Germany. It was more concerned with extending its rights with regard to inspecting gold reserves abroad. The Bundesbank’s internal audit department now has rights it never used to have. The Budget Committee has acknowledged the FCA’s report, which concludes this discussion. Incidentally, the FCA examined the Bundesbank’s annual accounts for 2012 and found no irregularities.

The FCA claims it has no knowledge of newly agreed audit rights.

The FCA has access to all information at all times. I am sure the President of the FCA will be able to confirm this for you.

If the intention was to build trust, would it not have been better to postpone the smelting process that you would have been able to present skeptics with the original bars?

Prior to transportation, the original gold bars were handed over to us in New York. Our internal audit team checked the numbers of the bars there and then against its own lists. The very same gold arrived at the European gold smelters that we had commissioned. This ought to demonstrate to everyone that such conspiracy theories are completely unfounded.

Actually no, you just fueled new theories you fool. Presenting the bars for inspection would have demonstrated the "conspiracy theories are completely unfounded"

Calling in external auditors or critics was not an option?

The Bundesbank’s internal audit department is involved in the process from start to finish. Independent experts were present during the smelting process.

Again who were they, were is their report?

Are there any advantages for the Americans in storing gold for other nations? After all, they are protecting our reserves free of charge.

To answer this question, you need to look at the historical context. As you may know, gold reserves were established during the Bretton Woods fixed exchange rate system. Given the threat from the East at the time, it seemed the safest option was to store German gold as far west as possible. The gold was therefore stored in New York from the outset.

What you couldn't have built a vault in Tasmania? Come on you know you love the place.

So the Americans are taking on high storage costs for nothing in return?

No, why high storage costs? The gold has been stored there for decades. The storage rooms already exist.

It is not just our gold that they protect, but also that of other central banks. But that is a matter for the New York Fed.

Wow free allocated and segregated storage at no cost! Didn't that concept ever worry you at night?

Just over a year ago, you were asked whether storing gold with the victors of the Second World War was not perhaps an echo of the old Bonn Republic when Germany was not yet a fully sovereign state. Back then, your answer was rather vague. What is your answer today?

To my knowledge, gold was stored in New York, London and Paris mainly for security policy reasons. We transferred 930 tonnes of gold from London more than ten years ago without experiencing any difficulties with the Bank of England or upsetting German-British relations. The same applies to the Banque de France and the New York Fed.

Sorry when was Paris ever secure? As a German you should know that.

Which just leaves the final word to Sgt. Schultz