Putin - Khrushchev’s transfer of Crimea to Ukraine was unconstitutional 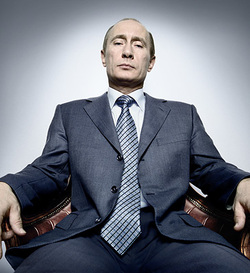 An interesting come back on the unconstitutional vote in Crimea argument.

MOSCOW, March 18 (RAPSI) – The 1954 decision by leader Nikita Khrushchev to hand over the Crimean peninsula to Ukraine was unconstitutional, President Vladimir Putin said in an official address to federal and regional officials Tuesday.

Crimea, a largely Russian-speaking republic within Ukraine, was part of Russia until it was gifted to Ukraine by Khrushchev in 1954. President Putin said in his address that the decision was made with evident violations of the constitutional norms prevailing at the time.

The Russian President added that Sunday’s referendum, which resulted in Crimea professing its independence from Ukraine, was conducted in full accord with democratic principles and international law.

Putin added that one must be familiar with Crimean history to understand the desire of its people to reunite with Russia.

The president further added that Ukraine appealed to the UN Charter when declaring independence from USSR, and pointed out that Crimea acted similarly.

Read more
Posted by Unknown at 8:56 AM