Germany Reneges on Promise to Return Gold from NY Fed

Overnight news has broken that the German government has reneged on it its twice promised and twice alerted plan to move 300 tons of gold from its holdings in the New York Federal reserve to the Bundesbank vault in Frankfurt.

Germany has decided its gold is safe in American hands.

Surging mistrust of the euro during Europe’s debt crisis fed a campaign to bring Germany’s entire $141 billion gold reserve home from New York and London. Now, after politics shifted in Chancellor Angela Merkel’s coalition, the government has concluded that stashing half its bullion abroad is prudent after all.

“The Americans are taking good care of our gold,” Norbert Barthle, the budget spokesman for Merkel’s Christian Democratic bloc in parliament, said in an interview. “Objectively, there’s absolutely no reason for mistrust.”

Ending talk of repatriating the world’s second-biggest gold reserves removes a potential irritant in U.S.-German relations. It’s also a rebuff to critics including the anti-euro Alternative for Germany party, which says all the gold should return to Frankfurt so it can’t be impounded to blackmail Germany into keeping the currency union together.

The Bundesbank, Germany’s central bank, sent a delegation to the New York Fed’s vault in 2012 for spot checks on the hoard. As the gold’s guardian, the Frankfurt-based Bundesbank is obliged to ensure its safety. It says it’s sensible to store part of the reserves outside the country so they can be swapped more easily for foreign currency in an emergency.

Germany’s election in September hastened the shift when the Free Democratic Party, which flirted with bringing the gold home, dropped out of Merkel’s coalition and was replaced by the Social Democrats. Other supporters included Philipp Missfelder, a member of Merkel’s Christian Democratic Union who quit as her government’s envoy for relations with the U.S. in April. Juergen Hardt, his successor, signaled a change of position.

So it seems that this display of gold bars by the Bundesbank was just a three bar monty. 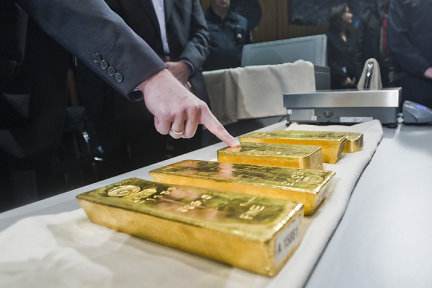 At least the guys the loading dock of the NY Fed seem happy, the red light is on and they are giving Germany a good Rock On. 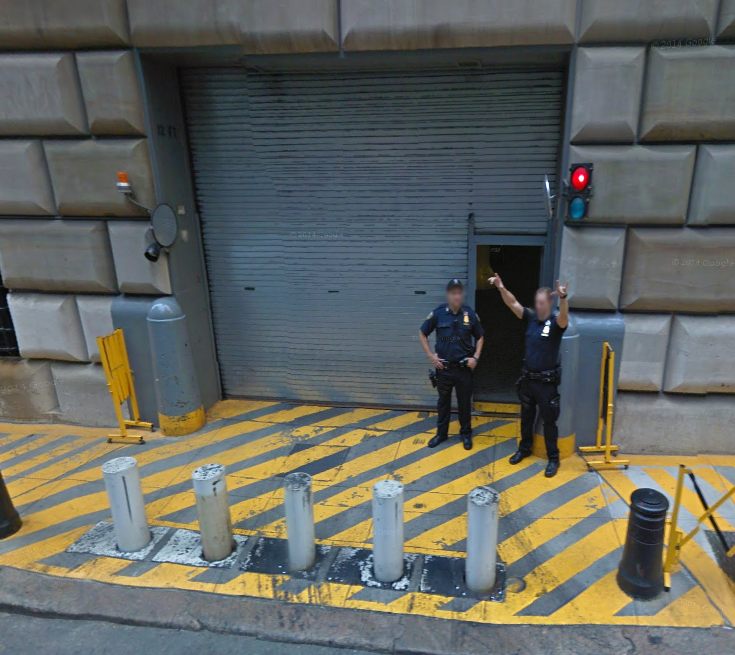