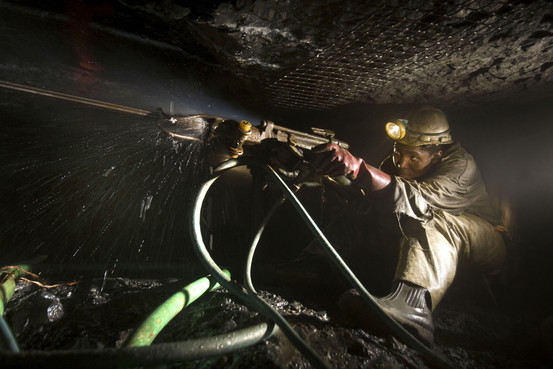 After South Africa and Russia , Zimbabwe is the world’s third largest platinum producer, and its annual output will have received a serious dent with a mine collapse at what is believed to be the country's largest platinum mine by output, Zimplats' Bimha, which will cut its production in half for over a year while steps are taken to restore operations.

Thankfully there was no loss of life or major equipment in the collapse which was, according to a statement by Zimplats’ parent company, Impala Platinum, triggered by the accelerated deterioration of ground conditions associated with a major shear zone - the Mutambara Shear- that cuts through half of the mining area.

The fault was first identified in 2011 but has become more problematic over the last year both along the declines and within the stoping footprint of the Bimha Mine. A number of initiatives to address regional ground stability and employee safety have been undertaken during this period. Despite these efforts, significant and accelerated ground deterioration was observed from May this year, leading to a decision to abandon and permanently close approximately half of the Bimha mining footprint in areas where major falls of ground have occurred. There had obviously been a significant deterioration since the company reported in the first quarter that long term stabilisation of the areas affected by the Mutambara Shear had progressed well in the quarter “with the full rehabilitation of the area expected to be completed by the end of the financial year.” The latest statement now says it will take 15 months before normal operations can be resumed at Bimha – a loss of 45,000 ounces a year in the meantime.

With annual output of around 90,000 ounces of platinum a year, worth a gross US$130 million at current prices, Bimha is Zimplats’ largest source of mined platinum, and Zimplats is Zimbabwe’s largest producer.Impala notes that Zimplats was expected to reach an annual output level of 270,000 ounces of platinum in 2015 as the Phase 2 expansion project completed its ramp up. Due to the Bimha collapse, this target has now had to be postponed to some time in 2016.
The global platinum market is, according to analysts, facing a huge deficit this year, primarily due to the impact of the South African strikes. While Bimha’s lost output only amounts to less than 1% of world platinum production it will still further add to the potential squeeze on supplies anticipated by many over the next 12 months.
Posted by Unknown at 5:11 PM