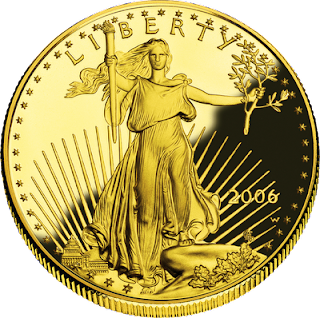 Legislators in at least ten states have introduced bills in the past few years to allow state commerce to be conducted with gold and silver.

As we reported, Georgia state Rep. Bobby Franklin (R) recently reintroduced legislation to force his state to conduct all monetary transactions with U.S. gold or silver coins -- including the payment of taxes.

The Georgia bill has a long way to go before become law -- but it's by no means the only state that's considering a future in gold. Lawmakers in Montana, Missouri, Colorado, Idaho, Indiana, New Hampshire, South Carolina, Utah, and Washington have proposed legislation, mostly in 2009, to include gold and silver in its accepted currency forms.....read on
Posted by Unknown at 5:06 PM