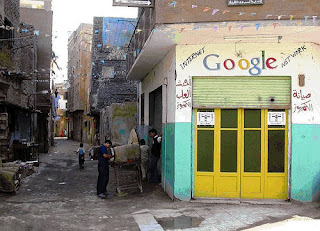 Reports are emerging that Internet has gone down in Cairo and throughout Egypt, only hours before the largest planned protests yet.

According to a report from The Arabist, "Egypt has shut off the internet."

Multiple Internet Service Providers are affected according to the report, which states:

I just received a call from a friend in Cairo (I won't say who it is now because he's a prominent activist) telling me neither his DSL nor his USB internet service is working. I've just checked with two other friends in different parts of Cairo and their internet is not working either.

The news of the Internet outage came minutes after the Associated Press published a video of an Egyptian protestor being shot.

CNN reporter Ben Wedeman confirmed Internet is down in Cairo and writes, "No internet, no SMS, what is next? Mobile phones and land lines? So much for stability. #Jan25 #Egypt"

The Los Angeles Times is also reporting that BlackBerry Internet has been taken offline in Egypt.....read on