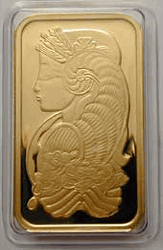 With tensions in the Middle East and North Africa rising and concerns about loose money in the west continuing, investors are looking once more to gold as a means to protect their wealth Author: David Levenstein
From Mineweb.com:

Gold prices broke above $1400 an ounce, as the unrest in the Middle East continues to escalate.

Dozens of people were reported killed in Libya as anti-government protests reached the capital for the first time and several cities in the east appeared to be in the hands of the opposition. Anti-government protesters rallied in Tripoli's streets, tribal leaders spoke out against Libyan leader, Muammar Gaddafi, and army units defected to the opposition in a revolt that has cost the lives of more than 200 people. Protesters said they had taken control of Benghazi in and one other city.

With autocratic governments already toppled by popular uprisings in Tunisia and Egypt, there was a sense that Gaddafi's iron grip was being severely tested. And, the wave of unrest continues to spread to other countries. There have been rallies in Morroco, Algeria, Jordan, Yemen and, in Bahrain, tensions are still high after riot police opened fire on protesters trying to reclaim landmark Pearl Square last week. At least eight people have been killed and hundreds injured in the clashes since the unrest spilling across the Arab world reached the Gulf last week.

Who would have thought that such unrest would have occurred in this region? It just goes to show how unpredictable life can be, and how sudden, unexpected events can change the course of our lives - for the good and for the bad. In times such as these, rather than placing it with politicians, I'll continue to keep my faith in precious metals.

While these pockets of resistance proliferate around the Middle- East, we must not lose focus on the main driving force behind the higher prices in gold. Many investors are looking at gold as a way to protect their wealth as a major currency meltdown looks more imminent. Last week gold prices advanced on the back of numerous factors. The increase in prices began following news of the US President's $3.7 trillion budget for next year and mounting fears of inflation, prompting many investors to strengthen their positions in precious metals as a safe haven for their wealth. The U.S. budget deficit has been growing steadily since 2000 and took a sharp increase in 2007 according to the U.S. Congressional Budget Office. Many economists feel that this level of debt on either a governmental or public level is not sustainable in the long-term. However, the U.S. government continues to borrow money in order to fund numerous programs, prompting concerns regarding President Obama's recent $3.7 trillion budget. Inflation fears are growing as a result of this news......read on

David Levenstein began trading silver through the LME in 1980, over the years he has dealt with gold, silver, platinum and palladium. He has traded and invested in bullion, bullion coins, mining shares, exchange traded funds, as well as futures for his personal account as well as for clients.www.lakeshoretrading.co.za