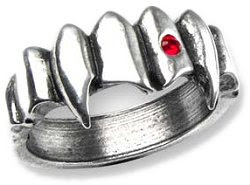 From The Mogambo Guru:

Dominic Frisby of Money Morning newsletter quotes Nick Laird of Sharelynx as saying that the situation in silver is such that “since 1950, almost 925,000 tonnes have gone into demand with 570,000 tonnes of this having come from production. This leaves a shortfall of 350,000 tonnes, which has come from central bank sales, stockpiles and scrap. This deficit equals approximately 16 years of production.”

Even more surprisingly, as statistics go, the deficit in silver “is equal to the entire global production of silver in 1982!” which you’ll notice is already punctuated with an exclamation point, as everybody can see the exceptional, startling, scary nature of the statistic!

Jeff Clark, in his essay “How Much More Demand Can Silver Handle?” here at The Daily Reckoning, notes that “The numbers for silver demand are starting to make some market-watchers nervous. The US Mint sold over 6.4 million silver Eagles in January, more than any other month since the coin’s introduction in 1986.”

Well, playing the devil’s advocate, I say that “Maybe it’s because economic things are worse than at anytime since 1986, and there are so many more vampire-related things in the popular media than there were in 1986, so it is only natural to expect more people to be buying silver!”

Mr. Clark, obviously having been instructed to ignore me, ignores me, and goes on to trump my stupid theory with the awesome fact that “China’s net imports of silver quadrupled in 2010, to 122.6 million ounces, roughly 13.7% of global production.”

Already “mine production can’t meet worldwide demand,” and since I never hear of central banks dis-hoarding silver, nor of any stockpiles of silver being drawn down, maybe that is why he says, “the only way demand gets fulfilled is from scrap supply.”

As to what this means in precise dollars and cents, I don’t know, but he may be giving us a hint when he reminds us to “Remember that silver rose over 3,646% from trough to peak in the last precious metals bull market; it’s up about 630% in our current run. A return matching the 1970s advance would push the price to $152.”

From $33 an ounce to $152 an ounce? Wow! That seems like investing at its best, while the truth is that the gains in silver just get better from there, because the evil Federal Reserve is going to keep creating more and more money from there, which explains why I was spending more and more time alone in the Mogambo Big, Bad Bunker (MBBB) a few weeks ago, nervously watching the Federal Reserve creating another $28 billion in credit, which means that the Fed is creating more inflation in prices, which means that the time when people get desperate is not far away.

And this $28 billion in bank credit turned, seemingly magically but actually just a coincidental accounting thing, into $26 billion in cash with which to buy $26 billion in government debt! All in One Freaking Week (OFW)! Astounding!

The reason I bring this up is because it means, We’re Freaking Doomed (WFD) to die a horrible, horrible economic death because of inflation in prices that must necessarily result from all this creation of new money, which is obvious once you strip away all the confusing jargon, acres of spreadsheets and idiot editors rejecting your work with caustic comments like, “Utter trash” and, “Thank you for your recent submission. However, we have no present need for worthless ramblings of a paranoid lunatic.”

Paranoid lunatic, eh? Ha! Sharp Junior Mogambo Rangers (JMRs) are instantly on alert at a “dog that didn’t bark” – as in this case the sentence fragment “to die a horrible, horrible economic death because of inflation in prices that must necessarily result from all this creation of new money” did not end with an exclamation point, or two, or three, as would seem to be indicated.

I involuntarily looked around the bunker in a kind of scared paranoia when I read The 5-Minute Forecast boiling it down to, “Wholesale prices jumped 0.8% in January, according to the Bureau of Labor Statistics. The Producer Price Index has now jumped 3% over the last four months. And no, that’s not an annualized figure.”

Suddenly feeling nervous and paranoid again, The 5 continues, “Note that the PPI headline number is for ‘finished goods’ – stuff that’s ready to be sold direct to consumers. In the category of ‘crude goods,’ the figures are far worse – up 3.3% in January, and up a staggering 15.8% over the last four months.”

This is the ugly start of the price inflation horror that results from the horror of the Federal Reserve creating so excessively much money, and if ever there were a clearer signal to buy gold and silver with the last of your Federal Reserve Note money, I never heard of it.

And I am a guy who has heard many, many things over his lifetime that will curl your hair, or, if already curled, straighten, and I am not even talking about any of that REALLY scary stuff about genetic mutants being manufactured for the Pentagon (which is under control of UFOs from outer space) that are computer-controlled and can shoot laser beams (“zzzzt!”) out of their eyes.

And if that last stuff turns out to be true, too, then it will be just one more reason, on top of the other thousands of reasons, to buy gold, silver and oil, and which would perhaps add just that little bit extra jollity to your jaunty step as you realize, as you walk along, “Whee! This investing stuff is easy!”
Posted by Unknown at 2:42 PM