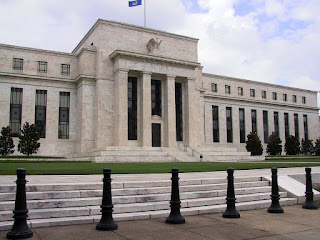 The Federal Reserve will disclose details of emergency loans it made to banks in 2008, after the U.S. Supreme Court rejected an industry appeal that aimed to shield the records from public view.

The justices today left intact a court order that gives the Fed five days to release the records, sought by Bloomberg News’s parent company, Bloomberg LP. The Clearing House Association LLC, a group of the nation’s largest commercial banks, had asked the Supreme Court to intervene.

“The board will fully comply with the court’s decision and is preparing to make the information available,” said David Skidmore, a spokesman for the Fed.

The order marks the first time a court has forced the Fed to reveal the names of banks that borrowed from its oldest lending program, the 98-year-old discount window. The disclosures, together with details of six bailout programs released by the central bank in December under a congressional mandate, would give taxpayers insight into the Fed’s unprecedented $3.5 trillion effort to stem the 2008 financial panic.

“I can’t recall that the Fed was ever sued and forced to release information” in its 98-year history, said Allan H. Meltzer, the author of three books on the U.S central bank and a professor at Carnegie Mellon University in Pittsburgh.....read on