Currency: The Weapon of Choice in Trade Wars in a World of Lower Demand 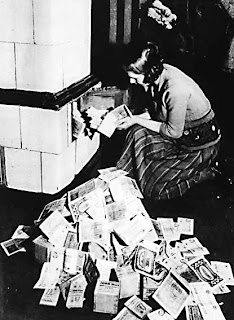 During the European debt crisis, in a matter of days, the dollar strengthened by around 10%. The weakness of the euro and resultant appreciation of the renminbi by more than 14% reduced Chinese exporters’ earnings and competitiveness. Some of the moves reversed equally quickly when markets stabilized. Volatility of currency exchange rates has increased markedly in recent months.

To paraphrase Oscar Wilde, the US dollar has no enemies, but is intensely disliked by its friends, especially key investors like the Chinese. The euro is now the "drachmark" (a derisory combination of the former Greek drachma and German deutsche mark). Investors assumed the euro would be a new deutsche mark, supported by German commitment to fiscal and monetary rectitude avoiding Gallic and Mediterranean extravagance. Instead, investors have been left holding a currency underpinned by unexpected German extravagance and Gallic and Mediterranean rectitude.

Despite sclerotic growth, public debt approaching 200% of GDP, and a budget where borrowing is greater than tax revenues, the Japanese yen has risen to its highest level against the dollar in 15 years. China is even switching some of its currency reserves into Japanese government bonds with returns only apparent under powerful electron microscopes.

Fears about the value of any currency have seen a resurgent interest in gold. Traders are now reading their John Milton: "Time will run back and fetch the age of gold."

Among currencies, it's simply a race to the bottom. On September 27, 2010, the Brazilian Finance Minister Guido Mantega stated the obvious, speaking of an "international currency war" as governments around the globe compete to lower their exchange rates to boost competitiveness. In the words of English philosopher Thomas Hobbes, it's "war of every man against every man."......read on
Posted by Unknown at 1:36 PM