Inflation to Make All Americans Billionaires By 2020 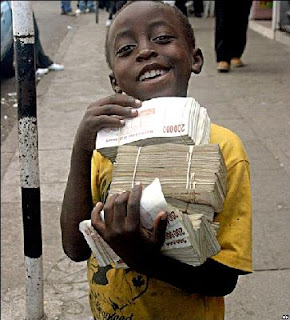 From the National Inflation Association (NIA):

Dudley believes "slower nominal income growth" is unacceptable because it "means that less of the needed adjustment in household debt-to-income ratios will come from rising incomes. This puts more of the adjustment burden on paying down debt." In other words, he wants to monetize our debts by printing so much money that all Americans are earning enough income to pay back their debts. NIA fears that one of the unintended consequences of such a policy will be an insurmountable currency crisis; this will lead to a U.S. societal collapse with class warfare, millions of Americans starving to death, and a return to a barter based system that will last until we can come up with a new form of workable government based on sound money that is backed by gold and silver......read on
Posted by Unknown at 7:37 AM