Silver-Reflections Of A Major Price Breakout 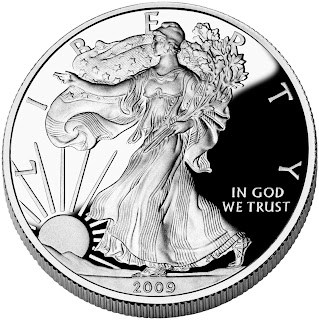 During the spring and summer of 2010, the price of silver was caught in a trading range of $17.00-19.50. But that all changed at the beginning of September. From a rally low of $17.50 last summer, the price has exploded to the $25 dollar area in barely two months. What happened?

From a fundamental perspective the Perma-bulls in silver have forever been describing the supply situation as one that cannot sustain demand and that a powerful rally to unprecedented heights would take place. To their credit and patience, the move may have finally started a few months ago.

Why were some speculators reluctant to buy before this breakout? Part of the problem was due to the clamor for a silver price rally mentioned for so long by the bulls but had never materialized. Indeed the coming of this day has been forewarned for a long time now, almost to the point of the "boy who cried wolf" story. The explanation was always how the silver price was being manipulated by a few big banks doing the work for the shorts in the market. Nothing ever changed and each claim would get brushed aside by the CFTC as they would do an "investigation" and report of no manipulation. But the story changed drastically last spring.

Looking back there were three key turning points over the past year that finally turned the tide on this market.

The first turning point for silver arrived near the beginning of the April time frame when news of whistle blower and trader Andrew Maguire hit the internet and even the paper press. This London metals trader warned an investigator for the U.S. Commodity Futures Trading Commission in advance about a gold and silver market manipulation to be undertaken by traders for JPMorgan Chase in February to bring forth lower prices.

This manipulation event ended up providing the lows of 2010.

The second turning point came when the CFTC did not address the Maguire information and the market dropped in February. But thanks to the work of GATA and Bill Murphy, Mr. Maguire's testimony was brought to a public forum during a CFTC review of position limits. This public testimony provided a floor on silver --- as the manipulators --- being very short the metal --- had to now be much more careful of their moves. THE COLUTION WAS OVER. The attack was coming from another source as well --- the shorts were heavily concentrated to four banks --- and GATA began to pressure the CFTC to address the position limits that these firms were taking. But it didn't matter. The cat was out of the bag on silver and those suppressing the price would need to change tactics......read on