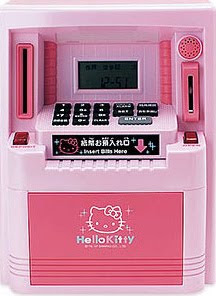 The Bank of Japan may have acted first in a new round of central bank action to prop up the global economy as recoveries in industrial nations falter.

The unexpected decision by the Japanese central bank yesterday to drop its interest rate to “virtually zero” and expand its balance sheet follows the U.S. Federal Reserve’s move toward more unconventional easing. Bank of England officials will consider further stimulus tomorrow, while the central banks of Australia, Canada and New Zealand are among those now holding fire on further interest-rate increases.

The renewed push for easier monetary policy comes as the International Monetary Fund warns growth in advanced economies is falling short of its forecasts ahead of its annual meetings in Washington this week. The dilemma for policy makers is that their actions may do little to revive growth and end up roiling currency markets.

“The Bank of Japan is at the head of the pack,” said Stewart Robertson, an economist at Aviva Investors in London, which manages about $370 billion in assets. “It looks like a lot of others will follow. Whether it’s right or not is another matter.”

Group of Seven ministers will gather Oct. 8 in Washington, on the sidelines of the IMF meeting. Currency issues will be discussed, Canadian Finance Minister Jim Flaherty, who will chair the meeting, said this week. Japanese Finance Minister Yoshihiko Noda said he’s ready to explain his country’s actions at that meeting.

The Bank of Japan cut its overnight call rate target from 0.1 percent and established a 5 trillion yen ($60 billion) fund to buy government bonds and other assets. It moved as the yen’s surge to a 15-year high last month hurts exports and damps economic growth. The yen traded at 83.27 per dollar yesterday, close to a Sept. 15 record of 82.88.

Bank of Japan Governor Masaaki Shirakawa may not be alone for long in taking action and Daiwa Institute of Research argues he’s now engaged in a “vicious spiral” of monetary easing with the Fed as both compete to bolster their economies.

“The BOJ’s next moves will depend on the Fed,” said Maiko Noguchi, an economist at Daiwa in Tokyo. “The bank will have no choice but steadily take easing measures.”

Fed Chairman Ben S. Bernanke and his colleagues have signaled they may announce the purchase of more Treasuries as soon as their next policy meeting on Nov. 2-3 in an effort to boost growth and reduce an unemployment rate stuck near 10 percent for the past year.

“The irony is that the Fed is creating all this liquidity with the hope that it will revive the U.S. economy. It is doing nothing for the U.S. economy and causing chaos for the rest of the world,” Joseph Stiglitz, a Nobel Prize-winning professor at New York’s Columbia University, said today in New York.

Bernanke said on Oct. 4 that the Fed had aided the economy by buying $1.75 trillion of mortgage debt and Treasuries from August 2008 through March 2010. Pacific Investment Management Co. says a new round of quantitative easing, the policy of creating money by enlarging the central bank’s balance sheet, is “likely.”

“The bottom line for the U.S. is a growth trajectory so slow you’d nearly call it stalled,” Paul McCulley, a portfolio investor at Pacific Investment Management Co., wrote on the company’s website this week.

Steven Englander, New York-based head of Group of 10 currency strategy at Citigroup Inc., said he anticipates the dollar will continue to fall, with the euro likely to pass through $1.40 from $1.37 yesterday. The dollar has already dropped 7 percent against the euro since the start of September.

At the Bank of England, policy maker Adam Posen made the strongest call yet on Sept. 28 for the U.K. central bank to resume asset purchases after keeping its bond-buying program at 200 billion pounds ($317 billion) for the past 11 months. That proposal lays the ground for the first three-way split when the Monetary Policy Committee meets tomorrow, with member Andrew Sentance advocating higher interest rates.

“At the present time, the growth threat is more of a danger than inflation,” said Graeme Leach, chief economist at the Institute of Directors, a London-based business lobby group. “Yes, inflation is above target now. But a double-dip recession would raise the specter of deflation.”

The revival of quantitative easing is a reversal from earlier this year, when central banks were halting stimulus or debating how to tighten policy. What’s changed is the loss of momentum in industrial economies.

John Lipsky, the IMF’s No. 2 official, said on Sept. 27 that global growth in the second half of the year will fall short of the fund’s 3.75 percent forecast. The Washington-based lender revises its outlook today.

While not yet looking to buy assets, some central banks are suspending their interest-rate increase campaigns.

After embarking on the most aggressive policy tightening in the Group of 20, the Reserve Bank of Australia unexpectedly left its benchmark rate unchanged yesterday at 4.5 percent for a fifth straight month. Bank of Canada Governor Mark Carney, who has overseen three rate hikes this year, said Sept. 30 that “the unusual uncertainty surrounding the outlook warrants caution.”

Not all policy makers are changing course. The central banks of Israel and Taiwan raised borrowing costs in the last ten days and the European Central Bank, whose Governing Council convenes tomorrow in Frankfurt, has indicated it wants to continue withdrawing liquidity support for banks.

The ECB will be forced to postpone tighter policy as European exports fade and investors continue to fret about peripheral euro-area economies such as Portugal and Ireland, said Silvio Peruzzo, an economist at Royal Bank of Scotland Group Inc. in London.

“The ECB’s exit strategy is fully on, but the business cycle will turn against them,” said Peruzzo. “The communication will then be adjusted to consider downside risks greater than what they have anticipated.”

The ECB last week stepped up its government bond purchases as the cost of insuring against default on Portuguese government debt surged to a record and Irish bond spreads soared to euro- era highs.

The question for those central banks leaning toward buying more assets is whether doing so will actually bolster expansion, said Charles Dumas, director of international research at Lombard Street Research Ltd., a London-based consultancy.

“Is quantitative easing going to cause people to spend more? I don’t think so,” he said. “It does add value in reducing the risk of a downward spiral in markets.”

Another risk is that the use of unconventional monetary policy is viewed as an effort to weaken currencies to boost exports, rising competitive devaluations and protectionist responses, said Eric Chaney, chief economist at AXA Group in Paris. Japan, Switzerland and Brazil are among the countries that have already intervened in markets to restrain their exchange rates.

“This is close to a currency war,” said Chaney, a former official at the French France Ministry. “It’s not through exchange-rate manipulation, but through monetary policies.”