The Clash of Economic Giants 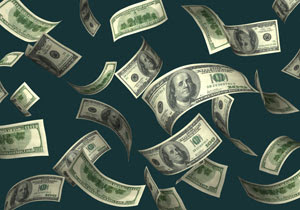 In his book, Inflated: How Money and Debt Built the American Dream, former Fed chair Paul Volcker said that “We live in an amazing world. Everybody has big budget deficits and big easy money but somehow the world as a whole cannot fully employ itself”. This is very significant because the issue does not lie in a single country on the verge of a recession but the whole world.

The United States and Britain has been debasing their currencies to alleviate the pressure of debt burdens and to help their export industries. On the other side of the world is China. It is also depreciating its currency to offload manufacturing capacity to other countries. Its trade surplus a month with the US amounts to $20 billion.

Unfortunately, it looks like no one is willing to bulge. Some experts even predict that a currency war may be looming if trade imbalances are not resolved soon. For China though, revaluating the yuan doesn’t seem like an option. Premier Wen Jiabao said that Chinese social order is based on its economic prowess – based on a suppressed currency. A 20% increase can potentially be disastrous.

Premier Wen said, “I can’t imagine how many Chinese factories will go bankrupt, how many Chinese workers will lose their jobs”. His pleadings are falling into deaf ears. As the US continues to battle the threat of recession, they are looking for ways to improve the country’s competitiveness. Congress is getting ready to vote on the Currency Reform for Fair Trade Act which is designed to make it much more difficult for the Commerce Department to avoid “remedial tariff”.

But even as the United States and China battle it out, other countries are trying to secure their own industries’ competitiveness. Brazil has taken action last Friday to weaken the real. Switzerland has been weakening its currency for months by accumulating reserves that is equal to 40% of GDP. This is in an attempt to stop capital flight from the rest of Europe.

Meanwhile, Japan has also stopped the strengthening of the yen for fear for fear of deflation but the country is still enjoying a trade surplus. There are some suspicious in Tokyo that China’s purchase of Japanese debt last June and July are not completely friendly. Some analysts believe that it was intended to harm Japan’s competitiveness at a time of escalating tension on territorial rights in the Pacific.

The ultimate goal of currency debasement for many countries, especially China, is employment. But unemployment has to end somewhere. In Europe, Greece, Spain, Ireland, Portugal, and other parts of Eastern Europe are suffering from high unemployment and gaping trade deficits even as Germany enjoys a trade surplus of $179 billion or equivalent to 5.2% of their GDP.

Given all these considerations, it comes as no surprise that countries around the world are trying to get as much demand from other countries as they can or are trying to stop them from stealing their structural competitiveness. Majority of global demand as late as 2007 were due to deficits and they came from three countries: US ($793 billion), Spain ($87 billion), and the United Kingdom ($87 billion). These have shrunk to $431 billion, $75 billion, and $33 billion respectively since then.

Devaluation – Is It the Only Way to Fight Back?

While it’s true that countries like China, India, and Brazil have replaced some of the demand, it is still not sufficient to drag the world’s economies safely out of recession. The East seems particularly incapable of compensating the austerity in the Western world. Many reasons have been attributed to this including the lack of welfare safety net in China, savings ethics, and mercantilist habits. Whatever the case, the world cannot look to East Asia to solve their economic woes.

When surplus countries hoard money instead of recycling it, devaluation in deficit countries will cause these surplus states to revalue. In 1933, the US reflated their currency while in the case of France, the system basically collapsed. It is possible that a variant of this strategy will be seen today. If China insists on holding down its currency, it will need to keep on importing excess US liquidity. Overtime, its economy will overheat and the country will lose its wage competitiveness anyway.

The latest signals from the Fed indicate that the dollar may be weakened further. Many analysts expect that they will attempt to stop inflation from falling below 1.5% through quantitative easing (QE2). There are more details about quantitative easing in our Premium Updates.

If a weaker dollar is the ultimate purpose of these machinations, then Ben Bernanke surely succeeded. Several weeks ago, the Swiss franc strengthened dramatically, even smashing parity. However, this will not go on much further. While the Swiss franc is seen as a safe refuge, its continual appreciation might destabilize Switzerland itself if it is not controlled.

On the other hand, gold is not bound by such limits. The precious metal certainly does not have any “intrinsic” value because its price is subject to supply and demand. In fact, we can see from history that its price can hit rock bottom when new gold mines are discovered. Gold lost 90% of its value around a decade ago when central banks started selling their bullion. But it has since regained its lost value and more.

The precious metal is likely to maintain its current momentum until the end of the year.

The new target for gold is $1,500. It seems poised to reach this figure in the next three moths – based on a Fibonacci projection analysis and a bullish wave pattern. In the chart above, (courtesy of http://stockcharts.com), it seems likely that gold will first reach a local top before going through a quick consolidation. This will increase the odds that a further rally will be sustained.

There’s something amiss today. China and India are both hoarding gold. Industrialized countries including the United States, Japan, and many countries in Western Europe have soaring public debts. And all the four major currencies seem to be in trouble. Both the US and Britain have clipped their currencies, the European Central Bank are buying bonds of EMU debtors, while Japan just completed a two trillion yen worth of “unsterilized” intervention. Meanwhile, gold is still on its way up.