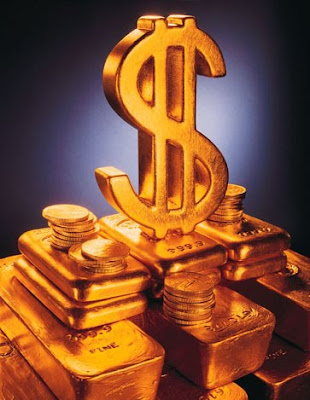 Gold futures for December delivery recently traded up $21.40 to $1,340 per ounce, an all-time record high.

"Gold is much firmer with the Japanese quantitative easing and interest rate package serving as the biggest factors in the rally," Sterling Smith, market analyst at Country Hedging, said. “Also, firmer US equities are leading to a weaker US dollar.”

The policy board of the Bank of Japan unanimously elected to lower the nation's interest rate to between 0 percent and 0.1 percent from 0.1 percent. It is also considering the possibility of a quantitative easing (QE) programme worth around 5 trillion yen ($60 billion).

"Money has essentially become free in Japan," a US-based metals trader said. "The Bank of Japan is quickly running out of bullets so the next step is a healthy dose of QE. This also serves as a bit of foreshadowing of what is going to happen if the US undertakes a second round of QE."

In fact, some QE is already happening in the US. The Federal Reserve Bank of New York purchased $5.19 billion in Treasury bonds on Tuesday and will reinvest cash from maturing mortgage-backed securities and housing agency debt back into the bond market to spur economic recovery.

"As long as that continues... money is going to seek out tangible assets, like gold," Smith added.

The dollar resumed its slide on Tuesday, with the dollar index dropping 0.8 percent to 77.79, close to an eight-month low. The greenback was battered by some positive European manufacturing data along with the increased expectation that the Federal Reserve will inject additional monetary stimulus into the economy.

Additionally, new buyers came to the market after Comex gold dropped by a dollar on Monday.

"All the corrections have been pretty short-lived; just minor setbacks that lead to new buying opportunities," Smith said.

The metal markets remain in "buy-the-dip" mode, Ed Meir of MF Financial added. Despite somewhat overbought conditions, there does not seem to be a serious enough trigger to induce a more enduring round of selling.

Buyers came in $1,321.30 and the next target is $1,350, which could be reached this week, Larry Young, president of Covenant Trading in Chicago, said.

"There's both technical and fundamental support for this upward movement," Young said.

But when gold does pull back there is the strong possibility of a washout with so many investors now buying at the highs, Young warned.

"It won't take much to wipe out a lot of people unless they are playing it very tight or as a long-term investment," he said. “But it's certainly going to be a dynamic fourth quarter.”