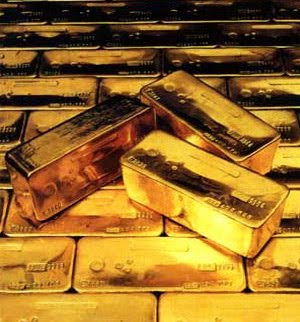 From Arabian Money.net: Something major is a foot in the paper gold markets of the COMEX. The major bullion banks have been winding back their short futures positions in the past couple of weeks.

This followed a statement by the CTFC chairman about enforcing strict limits on the short positions of the major players to avoid market manipulation. That falls under the new powers of the financial sector reform bill in the US.....read on

A Store of Rubbish

By Peter Souleles, Sydney: Rest assured that the price and position of gold are underpinned and guaranteed by spendthrift governments and accommodating central bankers who do not understand that they cannot generate more and more public debt in the process of taking the place of unemployed workers and maxed out consumers and plugging the gaping holes left by insolvent banks and corporations. Moreover they will compound the problem by allowing the concentration of wealth and income into fewer and fewer hands. They will however continue this stupid process until they are forced to print a fresh load of worthless paper with which to pay back everyone in useless currency....read on
Posted by Unknown at 8:00 PM No comments: