See the violence inherent in the system - HELP! HELP! I'm being repressed! 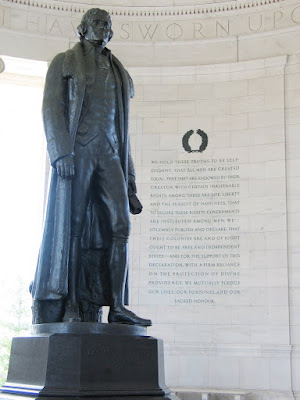 click on the image of Jefferson to read the words etched on the wall behind him, then read the rest of this post.
WTF? US Park Police tear up the 1st amendment in front of the Thomas Jefferson Memorial, simply disgusting.

Congress shall make no law respecting an establishment of religion, or prohibiting the free exercise thereof; or abridging the freedom of speech, or of the press; or the right of the people peaceably to assemble, and to petition the Government for a redress of grievances 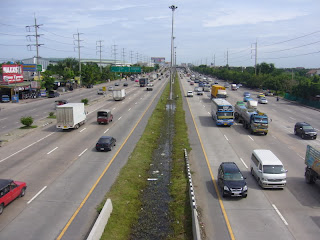 A must watch interview with the guru Jim Rogers and some pathetic Pommie git from the BBC trying to deny the Asia growth story. Jim knocks him down to the canvas time after time, as the git tries to pretend Brittan is still Great and the USA can be a creditor again...lol

As the Asia Highway 1 shows above, Asia is on the road to somewhere, where the USA & UK are merely financial potholes.

What happens when Anonymous gets a bank?

The same people who brought you Wikileaks are back, and this time, they’ve created a virtual currency called Bitcoin that could destabilize the entire global financial system. Bitcoin is an open-source virtual currency generated by a computer algorithm that is completely beyond the reach of financial intermediaries, central banks and national tax collectors. Bitcoins could be used to purchase anything, at any time, from anyone in the world, in a transaction process that it is almost completely frictionless. Yes, that’s right, the hacktivists now have a virtual currency that’s untraceable, unhackable, and completely Anonymous.

And that’s where things start to get interesting. Veteran tech guru Jason Calacanis recently called Bitcoin the most dangerous open source project he’s ever seen. TIME suggested that Bitcoin might be able to bring national governments and global financial institutions to their knees. You see, Bitcoin is as much a political statement as it is a virtual currency. If you think there’s a shadow banking system now, wait a few more months. The political part is that, unlike other virtual currencies like Facebook Credits (used to buy virtual sock puppets for your friends), Bitcoins are globally transferrable across borders, making them the perfect instrument to finance any cause or any activity — even if it’s banned by a sovereign government.

You don’t need a banking or trading account to buy and trade Bitcoins – all you need is a laptop. They’re like bearer bonds combined with the uber-privacy of a Swiss bank account, mixed together with a hacker secret sauce that stores them as 1′s and 0′s on your computer. They’re “regulated” (to use the term lightly) by distributed computers around the world. Most significantly, Bitcoins can not be frozen or blocked or taxed or seized.

Posted by Unknown at 2:15 PM No comments:

Bob Chapman: The Fed Behind The Greatest Fraud In History

The Arab Awakening - The people want...


"The people want the fall of the regime" is the shared slogan of the Arab uprisings. In this episode an array of characters from across the region explain what they want and what they expect for the future.

As Imran Hosein says they want to know how much money you have, what you spend it on and who you may give it to. To do this they have to get you off physical forms of money, which can be hidden or exchanged without oversight, a "cashless society". With the advent of the "near field" technology (really just a RFID chip, which ironically contains silver) inside a mobile phone which has a GPS receiver, "they" can now know who you exchanged your "money" with and exactly where you did it.

And that no man might buy or sell, save he that had the mark, or the name of the beast, or the number of his name
From: AlJazeeraEnglish | May 27, 2011


Google has unveiled new technology which could change the way consumers shop. The so-called "mobile wallet" may mean one less thing to carry when you go to the store - but there are concerns over security of the new system. Kristen Saloomey reports.

Frost Over the World - Reflections on Netanyahu's speech to Congress


Dan Gillerman, a former Israeli ambassador to the UN, and Munib al-Masri, a Palestinian prime ministerial candidate, talk about Binyamin Netanyahu's speech to the US Congress and the impact it will have on the peace process.

Posted by Unknown at 8:30 AM No comments: