Owning Gold When an Ounce Will Buy the Dow

By The Mogambo Guru: Most of us gold bugs are ready for the explosive blowout top after a long, spectacular parabolic rise in the price of gold, so that we can then move along to Phase 2 of the Terrific Mogambo Retirement Plan (TMRP).

This is the part of the TMRP where we shamelessly spend vast fortunes in the pursuit of fun and the absence of responsibility, except for the part where we sleep something off, get any new tattoos removed, nullify new contracts or marriage licenses, and pay for any damages. Otherwise, whee!

Phase 1 of the TMRP, of course, is when we spend those grueling years at our stupid jobs, smiling on the outside but secretly plotting our revenge while continuously buying gold, silver and oil with what we can salvage from our meager pay, gradually accumulating gold, silver and oil in a sheer panic because the Federal Reserve was creating too much money, which the federal government borrowed and spent to enlarge itself and its scope, and creating too much money which everyone else borrowed, too, to enlarge themselves and their scopes, which has gotten us all in debt up to here, a waistline out to here, garages full to there, and now we're freaking doomed, except for…(pause for dramatic effect)…those who were buying gold, silver and oil when they were cheap, like now.

So how much money are we talking about? Well, Joel Bowman, managing editor of The Daily Reckoning, notes, "Historically, the peak of a gold bull market/stock bear market occurs when you can pick up the 30 bluest stocks for about one, maybe two, ounces of gold. The Dow/Gold ratio, at that point in time, is said to be around 1:1 to 2:1. During the furor of tech mania in the late '90s, early '00s, when the Midas metal was scoffed at in polite company, that ratio reached 45:1."

In terms of the sheer weight of that much gold, in case you want to, for example, calculate how much gold your kids will have to carry if you are planning to sneak across the border, if needs be, "it would take you 2.8 POUNDS of Mother Nature's money to buy the Dow"! Wow!

Then, to show you how gold holds its value, he notes that "During the past decade, as stocks stagnated and gold rallied fourfold, that ratio has slipped dramatically," and now, today, gold has risen in price so much that "it takes about 8.6 ounces of gold to buy the Dow," which is less of a burden on kids ("if needs be"), and even less of a burden next year when he expects "a Dow/Gold ratio of about 6:1."

Ian Gordon of the Longwave Group verifies, in his essay "The Perpetual War: Gold vs. Paper" that the current price of the Dow Jones Industrial Average divided by the US dollar price for an ounce of gold currently stands at 8.54, which he considers quite high, considering that "the trendline joining the two lows in 1932 and 1980 is currently at 0.68 (0.68 ounces of gold to buy the Dow Jones Industrials)" which "would be equal to something like 2000 points on the Dow and a $3,350 gold price." Wow!

Before I could get carried away with wild daydreams of pleasure and gluttonous debauchery paid for with piles and piles of ready cash, I am instantly on defensive alert when Mr. Gordon's warning rings out, loud and clear, "It's a possibility, but not a ratio to which we give a high probability." Darn!

Being a pathetic guy whose hopes and dreams are always crushed by a cruel, uncaring world, I naturally expect the "but," since it implies that gold is not going to soar soon, and I'm going to have to keep working at my stupid job longer than I had hoped, meaning that I will have to put up with the wife and kids and family and boss and neighbors for one more hour, one more day, one more week, one more month, or one more year than I had feared. Or more! Oh, woe is me!

On the other hand, it makes sense to keep working as long as gold, silver and oil are so cheap! Looked at it like that, what can one say except, "Whee! This investing stuff is easy!"? 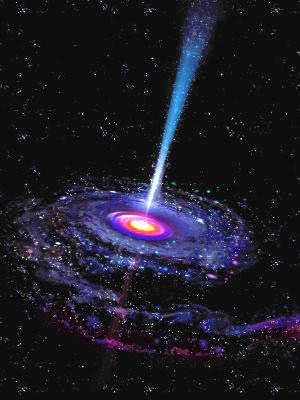 By Darryl Schoon: …what if history is not cyclical and slow-moving but arhythmic, at times almost stationary, but also capable of accelerating suddenly, like a sports car? What if collapse does not arrive over a number of centuries but comes suddenly, like a thief in the night… dramas lie ahead as the nasty fiscal arithmetic of imperial decline drives yet another great power over the edge of chaos. ~ Niall Ferguson, July 28, 2010

The nasty fiscal arithmetic of imperial decline that Harvard professor Niall Ferguson refers to is America’s unsustainable debt. Growing levels of debt according to Ferguson are now about to drive the US, like other great powers before it, over the edge of chaos; an event Ferguson believes will come sooner rather than later....read on
Posted by Unknown at 6:02 PM No comments: