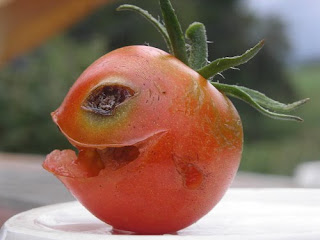 Reserve Bank of Australia Governor Glenn Stevens can glimpse the inflation threat he faces from the nation’s floods at the produce shop near his suburban Sydney home in Sylvania Waters.

Tomato prices soared 20 percent in the past week and bananas, grapes and sweet potatoes are up 10 percent, said Maurice Sorace, owner of Sylvania Best Fresh, who gets about a third of his fruit and vegetables from flood-ravaged Queensland state. “Prices will be higher in the next week” as the deluge drowns more crops and clogs roads, he said.

The crisis may force the RBA to accept higher inflation in coming months as the floods spur food and commodity costs and slow growth in a disaster zone the size of Egypt. A gauge of inflation in the bond market showed the expected rate surpassing the RBA’s target as the damage, along with future rebuilding in a country already near full employment, risked stoking prices....read on

2011 Starts With A Bang: $4.2 Billion In OUTFLOWS From Domestic Equity Funds

Now this is just hilarious. After ICI just revised the last two data points of 2010 which were originally inflows, even if modest, to one outflow and one minimal inflow, more importantly it has disclosed the first flow of funds in 2011. And as we predicted looking at last week's inflows in taxable bond funds, the year starts with an equity outflow, confirming that the retail lemmings are really not as stupid as the Fed and the Primary Dealers believe they are. And what an outflow: at $4.2 billion, this was the largest one week outflow since early October! And yes, bond inflows have resumed as we speculated, even as the scariest indication that things are really not well persists: namely that outflows from that next domino to drop, municipal bond funds, accelerate. And when munis go, it is either a wipe out or QE3. Our money is on the latter. Oh yes, for those who have questions on who may have been buying stocks now that it is confirmed that the inflow was a fluke, please address them to Mr Frost, 9th Floor, Liberty 33, the 10th Circle of Hell (reserved for legendary market manipulators).

And what has to be the funniest chart in the world:

If we only hadn't wasted so much money, what could we have achieved?

Four Financial Farces… All Of Which Will End In Disaster

At this point the news out of the financial world is more insane than… well, anything.

Farce #1: Japan Can Bail Out… Anything.

First off, Japan, which has a debt to GDP ratio of 200%, is bailing out Europe, which has a smaller, but equally disturbing debt problem. Yes, one broke country (Japan) is now trying to bail out an entire economic union, despite the fact that it HASN'T succeeded in managing its OWN finances or economy in over 20 years.

Indeed, the idea that Japan could bail out ANYONE when it's failed to create any substantial economic growth despite spending TRILLIONS of Yen should give you an idea of just how out of control the entire financial system has become. We are literally in the end game now. Unless martians come down and start bailing out Earth, the great Sovereign Default will be in full effect within the next six months.

Meanwhile, Ben Bernanke claims that inflation in the US is 1%. President Obama has to maintain that this is a fact with a straight face next week when he meets with French President Nicolas Sarkozy who is witnessing food riots in Algeria due to soaring food prices.

The Fed has claimed inflation is under control for months now, proving that its members must not eat food, drive cars, OR know how to read. Indeed, in order to ignore rising prices in the US, you would literally have to not shop for groceries, not pump gas in your car, not read the newspaper, and not have access to the Internet or any financial news outlet.

I sincerely hope that the Fed is not run by folks who fit this description, but after reading the next farce, I'm not so sure.......read on