Counting the Cost - Glencore: Taking over the world?


We look at the world's biggest listed commodities trader and its controversial start to public life.

John Whitehead - US is a police state


"What stands between us and an authoritarian state is the Constitution," says Rutherford Institute President John Whitehead. Unfortunately Whitehead says the government is bypassing the Constitution, particularly the 4th Amendment, thanks to the Patriot Act. As activists are arrested and fear spreads across America, Whitehead says we are watching the US transform into a police state in front of our very eyes.


In China for the past two weeks the big story has been drought in the Yangtze River region, now being called the country's worst in 50 years. 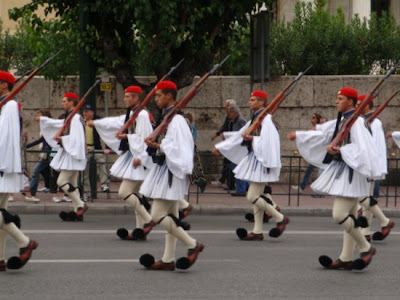 Turkish daily Hurriyet, which paraphrases German Bild, which in turn references a CIA report, warns that Greece could face a military coup if the "tough austerity measures and the dire situation" escalate any further. On the other hand, one can avoid this belabored hypertextual chain and simply look at what happens practically every day on Syntagma square where yet again we are witnessing record numbers of people protest against what everyone now realizes is a dead end regime (luckily, in a peaceful manner, for now).

More Captain Obviousness (thank you Grant Williams) from Hurriyet: "According to the CIA report, ongoing street protests in crisis-hit Greece could turn into escalated violence and a rebellion and the Greek government could lose control, said Bild. The newspaper said the CIA report talks of a possible military coup if the situation becomes more serious and uncontrolled." Luckily, following last year's Athens mob-inspired flash crash, and 2011's MENA revolutions, the market is rather desensitized to this sort of thing, and nothing short of fat-finger driven invasion of Greece by Turkey, in its humanitarian bid to reestablish the Ottoman Empire 2.0, could dent the /ES or EURUSD by more than 0.01%.......read on
Posted by Unknown at 12:56 PM 1 comment: 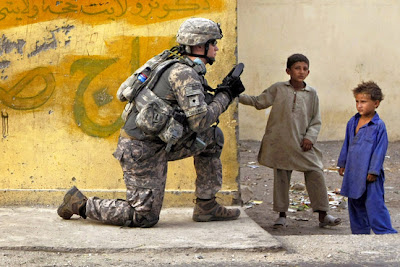 David Cameron and Barack Obama ''don't have a clue'' about dealing with the war on terror, a former senior member of the CIA has claimed.

Speaking at The Daily Telegraph-sponsored Hay Festival, Michael Scheuer said western politicians had to accept that the conflict in the Middle East was caused by US foreign policy.

Mr Scheuer, the former head of the CIA's Osama bin Laden unit said that the terrorist and organisations such as al-Qaeda were fighting a war against US imperialism rather than a war on western culture.

''American politicians, and I'm afraid listening to Mr Cameron this week, there's not a clue about what's going down in the western world,'' he told the festival.