Jim Wille on Gold and Japan

The entire world struggles to determine the fallout effects of the Japanese earthquake and tsunami, along with the ensuing problems. The effects are so pervasive, so profound, so critical, that it is no wonder the news networks focus on two things only. They have switched emphasis to the Libyan civil war, a pitched battle to retain a tyrant and his larcenous rule. But the news stories out of Japan focus 98% on their Fukushima nuclear complex, with hardly a peep about the long list of other economic and financial effects. This article will focus on what they leave out, dutifully reporting amidst the purposeful new vacuum in a grand distraction. The Japanese factor in early 2011 will turn out to be the most important factor to influence major global economies and the financial markets since the death of the US banking system in September 2008. Gold investors should not expect a similar commodity price meltdown like in 2008 after the Wall Street death event. Gold & Silver each sold off sharply during the ensuing months after the collapse of the US banking system, as a liquidity drain was joined by a Wall Street attack of hedge funds. This time is totally opposite. Back in 2008 no Quantitative Easing program was in place, as hyper-inflation engines had not been turned on like now. QE will be global next. The central banker pact not only endorses the monetary hyper-inflation by the USFed, it extends it globally with a loud ring. What comes next is a global inflationary recession with gusto and power. The path had already been clearly entered, but now it is fully engaged with a jet assist. Great confusion comes, equal to the harmful momentum from numerous fronts.

The impact is comprehensive and profound as several important triggers have been hit simultaneously. Economic fallout is greatest inside Japan itself. The financial impact is greatest with the United States and Japan. A point to never lose sight of in the last two weeks is that the USGovt manages a monetary nuclear reactor that is also in core meltdown, with USTreasury Bonds as the fuel rods whose radiation has a USDollar odor. The accelerating piles of debt and money have been routinely spread systematically in a grand complicated coordinated reaction, the core of which is the United States. Watch for any interruption to the massive flow of funds into the reactor, which the G-7 central bankers were keenly aware of last week, but without mention. As with all asset bubbles, the required funds grows exponentially to maintain the asset bubble, here the USTreasury Bond. The reactor cannot lose its flow, or else a meltdown occurs. An interruption had begun, was addressed, but they will not be capable of replacing it except with more toxic money, the fiat funds. The pressure on the USFed will be shared across the major central bank offices. The inflation engineers and high priests who preach on asset bubbles will face enormous challenges to avoid a nuclear financial core meltdown. They will not succeed, and Gold & Silver will be the meter for the failed efforts that lead to meltdown. Both precious metals will double in price in the next few years. Nothing is fixed and Mother Nature just kicked the elite bankers in the shins, or a point one meter higher if the truth be told.

The recession will be deeper from the supply chain disruption and higher cost structure. The monetary inflation will be more uniform and with greater volume. The major currencies within the global monetary system will suffer much more debasement, as value erodes badly. At the same time, the boogeyman image of the US Federal Reserve will be mitigated by the full chorus of central bankers eagerly coming to the Yen currency rescue. Witness Global Quantitative Easing with extreme force, the printing presses in high gear straining to produce enough funny money to build seawalls strong enough to withstand the destructive tsunami. Wreckage from previous overwhelmed platforms has begun after three decades of funny money abuse, whose waves of busted bubbles and failed assets have been doling out powerful blows for over three years. Witness the Global QE, as all major nations will help the USFed to print money, wreck currencies, destroy capital, ruin businesses, and cause an easily recognized price inflation. Of course, they will continue to aid the elite bankers who are mostly responsible for ruin. Notice how the USDollar continued to decline, going below the 76 support level for the DX index. Despite the weak futile pathetic rebound, the DX index remains the former support under 76. Three imagines come to mind on the destructive forces: a gattling gun, a daisy chain centrifuge, and overhead office building spray.

The amazing storm will contain a nasty paradox, as the Yen currency will not stop rising. Japan as a nation will lose the ability to purchase foreign assets, a means by which they could keep their currency down. A vicious cycle has begun to take shape. Inflation will originate from the four corners of the earth, come in many forms, and have staggering effect on both the global recession and global price inflation. Assets and incomes will go into worse decline, while commodities including Gold & Silver rise powerful. Actually, Gold & Silver are money, the great anti-bubble. The USTreasury Bond will be under absolute siege for months until a climax conclusion in the near future. Consider the following major effects and forces, presented in an order to reflect their importance, not their flow of domino effects in sequential destruction. For those who grow weary of Jackass comments about destruction and ruin, it is time to wake up to reality as the nightmare persists during the waking hours. Darwin is at work, removing the failures from the gene pool, including those who refuse to acknowledge the unfolding disaster and fail to take proper defensive action. Nature is very busy challenging the managers of the earth. The people must defend and salvage their life savings before it is forfeited to a unique combination of natural asset bubble wreckage forces and syndicate planned duplicity, swindles, and seizures. Beware of false messages.

See the March Gold & Currency reports within the Hat Trick Letter after placing a subscription order. A more full analysis of the rapidly deteriorating Yen Carry Trade is provided in the proprietary Gold report. This carry trade is so critical, so devastating to currency markets, such a grand threat to the USTreasury Bond bubble, that the G-7 Finance Ministers did not address it, cite its unwind, or give it any mention. Their Yen Selling Pact was all about preventing a system blowout at the USDollar nuclear reactor. Their pact was a disguised USDollar rescue doomed to failure. They must have discussed the Yen Carry Trade unwind effect at half the meeting. The Japanese fallout could be the exogenous force that breaks the USTBond bubble. It will take time. At the least they have lit a gigantic bonfire under Gold & Silver markets, where precious little metals exists in the COMEX or LBMA. The global financial crisis is spreading in a horrible contagion. Big powerful price breakouts are to be expected for Gold & Silver in the coming weeks and months. They notice the grand debasement of money, even if for emergency purposes.

The USFed is no longer isolated in the monetary hyper-inflation. However, even as a group central banks cannot stop what comes, the ruin of fiat paper, both the currencies and the sovereign debt that supports the global monetary system. In fact, their group central bank actions intensify the ruin of money itself from prolific debasement. The meter, the measuring device on the wall, is the Gold & Silver price. Today, each metal registered new record high prices for the last couple decades. By year end, look for a Gold price around $1550 to $1600 and a Silver price at least $50. Gains in silver will triple gains in Gold. The quantum jump really means that enormous breath-taking huge upward moves can and should be expected. Do not be surprised if the Gold price rises $50 in a single day, or the Silver price to rise by $2.00 on a single day, in the near future. A systemic breakdown is occurring, in the Weimarization of the USDollar. Last Thursday, the world went Weimar. Gold noticed, and its scout Silver pulls the golden bridle bit.

Jim Willie CB is a statistical analyst in marketing research and retail forecasting. He holds a PhD in Statistics. His career has stretched over 25 years. He aspires to thrive in the financial editor world, unencumbered by the limitations of economic credentials. Visit his free website to find articles from topflight authors at www.GoldenJackass.com . For personal questions about subscriptions, contact him at JimWillieCB@aol.com 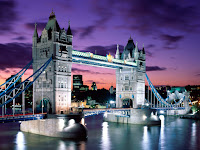 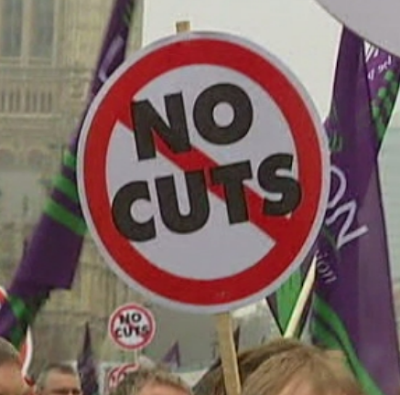 Gerald Celente on war and hypocrisy

Gerald Celente discusses the Libyan War, gold, oil and US hypocrisy with Eric King of King World News......listen here
Posted by Unknown at 12:21 AM No comments: