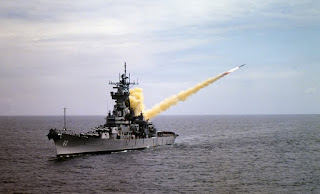 From the Winston Salem Journal:

Iran is trying to build a nuclear bomb, posing a threat to its neighbors, and the United States is "very ready" to counter Iran should it make a move, the top U.S. military officer said Saturday.

Adm. Mike Mullen, chairman of the Joint Chiefs of Staff, sought to reassure Persian Gulf nations nervous that an increasingly militarized government in Iran might try to start a war.

"The United States takes very seriously our security commitments in the Gulf region," Mullen said after a meeting with Bahrain's king. Bahrain, directly across the Gulf from Iran, is home to a large U.S. Navy base that would be on the front lines of any war with Iran.

"We're very ready," Mullen said, an unusually direct acknowledgment that the United States has contingency plans to counter Iran should it make a move. "There are real threats to peace and stability here, and we've made no secrets of our concerns about Iran."

In Iran, the new foreign minister — and current nuclear chief — said Saturday that he wants to build the country's relationship with Saudi Arabia and strengthen ties with Turkey, China and Russia. The latter two countries have veto power on the U.N. Security Council that could help Iran as it tries to fend off tougher sanctions.

Iran denies it is seeking a nuclear weapon, and denies U.S. claims that it sponsors terrorists.

"Concerns about Iran's nuclear program are very real and inform a lot of the decision making" among Gulf nations, said Adam Ereli, the U.S. ambassador in Bahrain.

The United States fears that if Iran masters the technical challenge of building a bomb it could set off a nuclear arms race around the Gulf.

"From my perspective I see Iran continuing on this path to develop nuclear weapons, and I believe that that development and achieving that goal would be very destabilizing to the region," Mullen said.

Brilliant Video - Protection of Self

Whilst this video is off topic it is worth watching for its passion and common sense. We can protect our wealth with bullion, but our governments leave us unable protect our lives. Would Martin Bryant have made world-wide headlines at Port Arthur if Tasmania had concealed carry laws, or would have some brave citizen nailed him in self defense of himself or herself and others? 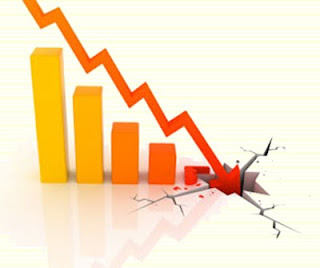 The logical conclusion of the growing global bond market crisis seems to be missing many equity investors. This is not going to be good for stock markets either. It is the long awaited second phase of the 2008 financial crisis.

All over the world bond yields are rising and bond prices therefore falling. Even in Japan bond prices are on the move for the first time in a decade. Something big has happened and it does not get any bigger than bond markets, the true giants of global finance......read on
Posted by Unknown at 2:32 PM No comments:

On The Edge - Africa is the Prize

My Grandfather, who had been a very senior Mason, told me over 30 years ago that "Africa is the Prize" and that more wars were coming over mineral resources and land, first by proxy and then amongst major players, he also often said "The Skies will be Crimson" - not sure what that means, but I suspect it was some war or biblical reference, although he did go a bit funny in the head near the end.

Posted by Unknown at 2:21 AM No comments: