The British Parliament is preparing to vote on whether to hold a referendum on its continued membership of the European Union. The debate was forced after more than 100 thousand people signed a petition demanding a say. Nigel Farage, MEP from the UK Independence Party, believes that far from being a uniting force, the EU is quickly becoming a catalyst for conflict between members.

Ralf Flierl, Editor of Smart Investor Magazine, and James Turk, Director of the GoldMoney Foundation, talk about investing in today’s uncertain world. They talk about precious metals, stocks, real estate, commodities and how tangible assets are the best protection in a currency crisis.

They explain how people feel that something is wrong with our financial and monetary system, but can’t explain what or how. Ralf Flierl explains that without understanding how our fiat money system works, it is difficult to know how to protect your wealth, let alone find solutions to the monetary troubles ahead. They talk about the Austrian economics content of Smart Investor Magazin. They talk about the Cantillon effect and how the monetary system affects distribution of wealth, increasing the divide between rich and poor.

This interview was recorded on October 1st 2011 in Vienna. 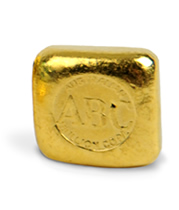 NEW YORK (Dow Jones)--Gold futures settled at a one-month high as the precious metal returned to its role as a safe haven amid uncertainty over the upcoming European Union debt summit.

Investors traditionally view gold as maintaining its value during times of financial turmoil, but for the past two months, the metal has risen and fallen in line with riskier assets such as stocks and commodities. Worries that a euro-zone member could default on its debt and create another global credit crunch have had investors selling gold to hold cash since September.

The link between gold and riskier assets appeared to snap after European finance ministers canceled a meeting set for Wednesday. Gold futures climbed above $1,700 a troy ounce for the first time in more than a month, while equity and commodity prices fell.

"The catalyst was the finance ministers' meeting cancellation ... that really just unleashed a very strong wave of safe-haven buying," said Jim Steel, a precious-metals analyst with HSBC in New York.

The cancellation unveiled simmering discord in the currency bloc, as officials wrangle over how best to beef up the region's rescue fund, recapitalize its banks and set the writedowns necessary for Greece's sovereign debt. The euro zone's main Wednesday summit remains as scheduled.

"This is a crucial day for gold," said Adam Klopfenstein, a senior market strategist with MF Global. "It's moving up with bonds, the dollar and the yen, and that tells me the 'flight-to-quality' money is back in."

Gold also got a boost Tuesday from falling treasury-bond yields, which eased in response to the euro-zone worries and a sharp decline in U.S. consumer confidence.

Gold and Silver surge over 3% as haven bid restored

Gold prices roared to one of the biggest one-day rallies in years on Tuesday, as euro zone jitters and gloomy U.S. consumer data rekindled a dormant safe-haven bid and triggered a flurry of technical buying.

After several months of trading largely in sync with riskier assets, gold raced more than 3 percent higher even as stock markets sank, cruising toward its best three-day run since a sharp fall in early August and reaching its highest price in more than a month. Silver soared 4 percent.

The rally coupled with the apparent return of gold's allure as a haven from uncertainty, instability and economic weakness emboldened some bulls, who have been sidelined through a month of range-bound trading. Strong buying related to a technical breakout and options expiry on Wednesday also aided bullion.

Flight-to-quality buying reemerged after a flare-up over the European Central Bank and political turmoil in Italy kept the euro zone on edge on the eve of a European Union summit. But gold also appeared poised to win if leaders agree to "throw a load of money on the table", McGhee said.

Analysts said Tuesday's action was aided by a technical breakout as sizable buy orders from new investors emerged with heavy volume following a breach of strong resistance at around $1,660 an ounce.

More than 170,000 ounces changed hands for the December contract within a 10-minute timespan around 10 a.m. EDT after data showed U.S. consumer confidence unexpectedly fell this month to its lowest since March 2009.

"A lot of today's rally was new buying, and $1,668 was the breakout point that brought more bullish momentum in gold," McGhee said. "Short-sellers ended up with futures that they never thought they would have to worry about."......read on
Posted by Unknown at 8:39 AM No comments:

This week Max Keiser and co-host Stacy Herbert discuss the message from Sirte, "Today Libya, Tomorrow Wall Street", and fecal alchemy and its two-tiered justice system. In the second half of the show, Max Keiser interviews Stephen Leeb, author of Red Alert: How China's Growing Prosperity Threatens the American.