What do the neigbours think?

To broaden ones' mind it is often good to step out of your immediate surroundings and look at what others in your neighbourhood are doing. The following video filmed in Jakarta, Indonesia - Australia's closest neighbour and the world's most populous Muslim nation details the course the people are taking to protect themselves from inflation and the instabilities of fiat currency. A sobering lesson to Western eyes, if only Western nations were as wise as those interviewed in this video. 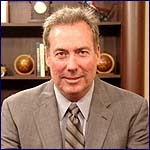 The Silver Guru, David Morgan is interviewed on the Korelin Report and discusses gold, silver and the temporary nature of all fiat currencies.....listen here
Posted by Unknown at 3:04 AM No comments: