In a week that left no doubt about the unwillingness of Cypriot politicians to speak up against the might of the Russian mafia and FSB and in similar vein no one daring take on the Labor left this week either. What else could this week's chillout be...... 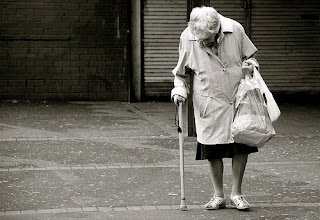 Source: http://www.news.gr/kosmos/paraxena/article/51055/h-giagia-poy-hxere-gia-to-kypriako-koyrema.html
Posted by Unknown at 10:20 AM No comments:

Mood Darkens in Cyprus as Deadline Is Set for Bailout 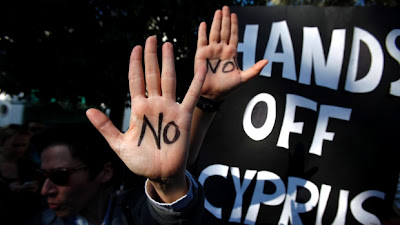 NICOSIA, Cyprus — As the European Central Bank threatened to shut off crucial financing for banks in Cyprus without a rapid accord, members of Parliament put off a vote Thursday on yet another revamped formula for securing an international bailout. The vote was rescheduled for Friday.

In Cypriot streets, meanwhile, the mood turned increasingly dark. Police officers clashed with some protesters in front of Parliament as about 200 demonstrators gathered outside.

The police also scuffled there with employees of Cyprus Popular Bank, second largest in the country. They had turned out amid rumors that the bank could be shut down within hours. The central bank issued a denial, but warned that Cyprus Popular Bank risked an immediate default if the bailout measure was not passed by Parliament.

Read more
Posted by Unknown at 9:17 AM No comments:

One of the best ever interviews of Dr. Marc Faber. Marc discusses the bond bubble, equities, the Cyprus banking crisis and a topic close to my heart - Asian nightlife, in particular Thailand.

In this episode of the Keiser Report, Max Keiser and Stacy Herbert discuss the big picture of bank holidays and wealth confiscation in order to pay off the $100 trillion error account banksters basically admitted to having at Davos in 2011.

In the second half of the show, Max Keiser talks to Reggie Middleton of BoomBustBlog.com about Cyprus, the rules that have been revealed and his upcoming special investigation on certain European banks he's discovered have been committing fraud.